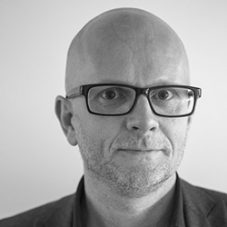 Professor Simon Chadwick is a researcher, writer, academic, consultant and speaker with more than 25 years’ experience working across global sport. He has particular expertise working at the intersection of sport, business, politics, and technology, specifically in a Eurasian context.

Huffington Post identified him as being among the world’s top 30 most important sports marketers, The Independent ranked him amongst its top-10 most influential business people on Twitter, and The Times described him as Britain’s ‘guru of sport management’.

He previously founded and directed the University of London’s Birkbeck Sports Business Centre, and Coventry University’s Centre for the International Business of Sport. In addition, he has worked at several of the world’s most prestigious business schools, including IESE in Spain, Otto Beisheim in Germany, Tsinghua in China and COPPEAD in Brazil.

Simon has written countless articles, books and research reports for the likes of Sloan Management Review, the Wall Street Journal, The Economist, Mastercard, Newsweek, Reuters and Financial Times Prentice Hall. In addition, Simon has worked with some of the biggest names in sport, such as FC Barcelona, UEFA, Adidas, the Association of Tennis Professionals, Nielsen, European Clubs Association, Ping and Coca Cola.