Are the country’s policy settings right to encourage investment?

For business, Bangladesh should represent a golden opportunity. It’s one of the most populous countries on earth, located in one of the fastest growing trade regions and has abundance of low-cost labour; it offers huge potential to develop into a hive of business activity and prosperity. Yet while Bangladesh has grown impressively over the past decade, despite the global financial crisis and food price shocks, many would say that it is still not business-friendly.

A welcoming environment for businesses has to be driven from government. So what is the Bangladeshi government doing to attract the investment that will drive economic growth and poverty reduction?

There are some encouraging signs. The government’s pro-market stance has led to the private sector accounting for most of the investment in Bangladesh. The private sector is also a driving force behind the growth of sectors which have traditionally been dominated by the government including education, power generation, airlines, healthcare and infrastructure, among others.

The Government’s recognition of the private sector as the primary engine of growth is further illustrated by the development of Bangladesh’s sixth Five-Year-Plan. It recognises that much of the future investment in Bangladesh will be undertaken by the private sector (including public-private partnership programs). In 2011, private investment was three times the public investment, a difference of US $24 billion to $8 billion.

Despite this encouraging growth in private sector investment, the Bangladesh business environment is still not considered conducive to investment and growth. 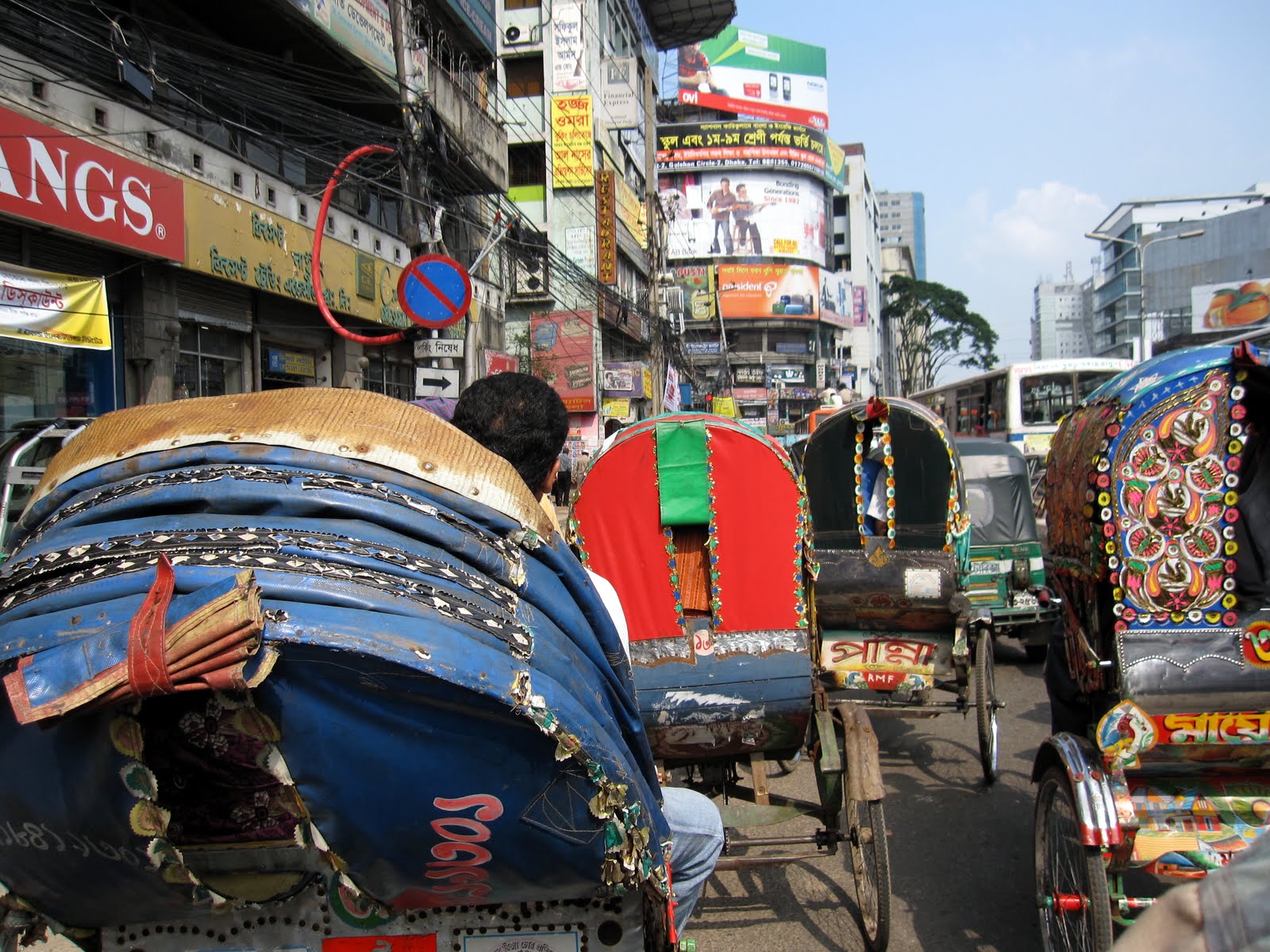 The best recognised measurements of the business environment are produced by the World Bank, through their Enterprise Surveys and the Doing Business report. The Enterprise Surveys cover 11 aspects of the business environment, including regulation, corruption, crime, informality, finance, infrastructure, and trade. The Doing Business ranking shows how easy or difficult it is for small to medium-sized enterprises to start and run a business across a range of indicators.

These measurements highlight some of the underlying issues for investment in Bangladesh. Doing Business 2014 ranks Bangladesh at only 130 (out of 189 economies) for ‘Ease of Doing Business’. The most recent Enterprise Surveys (2007) showed the top three obstacles to running a business in Bangladesh are electricity, access to finance, and political instability.

Indicators of ‘ease of doing business’ reveal issues in key areas such as construction permits, getting credit, registering property, enforcing contracts. Entrepreneurs, small and large, frequently complain about prevailing unethical practices, bribery, lack of law enforcement, hurdles due to political events; all of which are highlighted and well-documented in the media.

So in a country that so clearly needs investment from the private sector, why is it that there are still shortcomings in the business environment? Part of the answer lies in the impacts of frequent changes in government and lack of focused, action-oriented policies that are implemented carefully.

The political party in power frequently changes laws to suit their political purposes and, as a result, businesses continually have to respond to changes in the legal framework. Moreover, the Center for Policy Dialogue – a leading think-tank in Bangladesh – has highlighted two major limitations: government reforms are rarely implemented efficiently; and the scope for better public service delivery.

It is not that the government hasn’t taken any steps to remove the bottlenecks. There are various initiatives including strengthening of government institutions, improvement of service delivery, and automation of various government service delivery systems such as the online tax identification number registration. In addition, new Acts, policies and necessary amendments have also been made to better facilitate businesses, including identification of agribusiness as a thrust sector in industrial policy.

However despite these government efforts, Bangladesh still lacks a vibrant and conducive business environment. It’s a situation that hurts the small and medium enterprises most since they are already resource-constrained.

The private sector is an important force for economic growth in developing countries like Bangladesh, which will ultimately lead to poverty reduction. More needs to be done to create the right policy environment for business to grow and strengthen private investment.

Eiliyah Zahra Deewan is a Consultant at the IFC-Bangladesh Investment Climate Fund – part of the World Bank Group. She has also published under the name Than Saw Way.