Chinese investment in European football is part of a hugely ambitious plan to make the country a world player in the world game, as Simon Chadwick reports.

The People’s Republic just got serious about the people’s game. In November 2014, the Chinese government announced plans to create the world’s largest sport economy by 2025. At the heart of these plans is football, the world’s most popular sport.

The supposedly passionate football fan President Xi Jinping is thought to want China to bid for the right to stage and then to win the FIFA World Cup. Xi will be aware of the political capital that football success can bring, but the industrial, commercial and economic benefits are likely to be as significant. Suffice to say though, China’s ambitious plans reveal a great deal about the country’s approach to industrial development and to the way in which business elsewhere in the world might engage with China.

Xi’s vision is a bold one – to create a domestic sport industry worth $850 billion. This is market-making on an epic scale, massively exceeding even the most generous estimates of the global industry’s current size. Given China’s economic and industrial successes over the last two decades, achieved through its model of state-led capitalism, the global sport industry should, therefore, anticipate some profound changes to its structure and dynamic taking place in the coming years.

Chinese football and its number one fan.

Perhaps the most immediate and obvious example of this is the role that good governance plays. It is extremely difficult to know exactly why the Chinese have instigated such a bold strategy; commentators are therefore left to speculate and interpret. For those already doing business in China, this will be a familiar scenario; for those in sport unused to it, such an absence of transparency and openness is commonplace when doing business with China.

The predominant role of the state is an important aspect of developments too. China’s formula for state-led capitalism is one that has already been tried and tested in other industrial sectors. However, before the likes of stadium designers, sponsorship agents and merchandisers begin to anticipate a commercial bonanza, it is worth them noting the socio-cultural peculiarities of Chinese business. Market-entry is scrutinised very carefully while the role of guanxi in business relationships is as evident in sport as it is in other industrial sectors. It is worth noting too that, while Xi has established the country’s vision, it is his entrepreneurial lieutenants who are plotting the course of his revolution.

Most notably, industrialists Wang Jianlin and Jack Ma standout as being focal points for China’s sporting ambitions. Wang is chairman of the Dalian Wanda property group, which has recently purchased a 20 per cent stake in Spain’s Atletico Madrid for US$52m and Infront Sport and Media for $1.2 billion. At the same time, Alibaba owner Ma has acquired 50 per cent of the Asian Champions League’s first Chinese winners, Guangzhou Evergrande, for US$192m, and recently set-up the Alibaba Sports Group. Wang has already stated that he is intent on building a global entertainment axis that stretches from Beijing through Madrid to Hollywood. 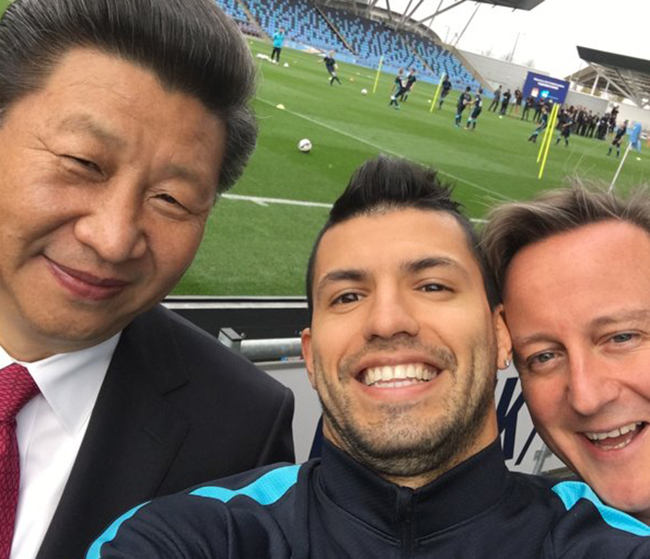 Such industrial conglomeration is a relatively new phenomenon for sport, certainly outside North America. As such, it poses some interesting challenges, not least in the way that Chinese entrepreneurs often serve as proxies for their government’s broader plans. In order to enable other business opportunities, China’s corporations often specifically respond to state directives to engage in particular activities. Sport is no different, and it is no coincidence that Wang was sat next to incumbent FIFA President Sepp Blatter when the Swiss was re-elected in May 2015. This issues a stark message to those in sport and, indeed, in other businesses: corporate China is a hugely politicised environment in which to operate.

Given the breakneck speed at which China is seeking to develop its sport and football, a major problem the country faces is the absence of internal competence. Most of the country’s managers have only ever worked in state-run organisations, while its football players have singularly failed to deliver any success on the world stage.

Talent development and management has consequently and rapidly risen to the top of China’s sporting agenda. In response, the Evergrande Real Estate Corporation, part owner with Ma of the Guangzhou soccer club, has invested heavily in creating one of Asia’s largest player development academies. Significantly, this facility is not only developing talent, but also assuaging the fears of Chinese parents by educating young people. For any business seeking to operate in China, the education, social mobility and status of its employees need to be important drivers of human resource strategy.

The internal development of talent is being matched by the external acquisition of it, as China’s fast-tracks its football development. Already we have seen leading international players such as Ivorian international Didier Drogba and Argentinian Dario Conca signing for Chinese football teams. At the same time managerial talent has been acquired in the same way, with World Cup winning managers such as Italian Marcello Lippi and Brazilian Luis Filipe Scolari having worked in China.

This external acquisition of competence has been most potently symbolised in recent times by the purchase of European football clubs by Chinese investors. There are several examples of this including Malaga and Espanyol in Spain, Sochaux in France, Den Haag in the Netherlands, and Slavia Prague in the Czech Republic. This voracious appetite for acquiring external commercial properties is already familiar among those managing in the likes of the auto and steel-making sectors. 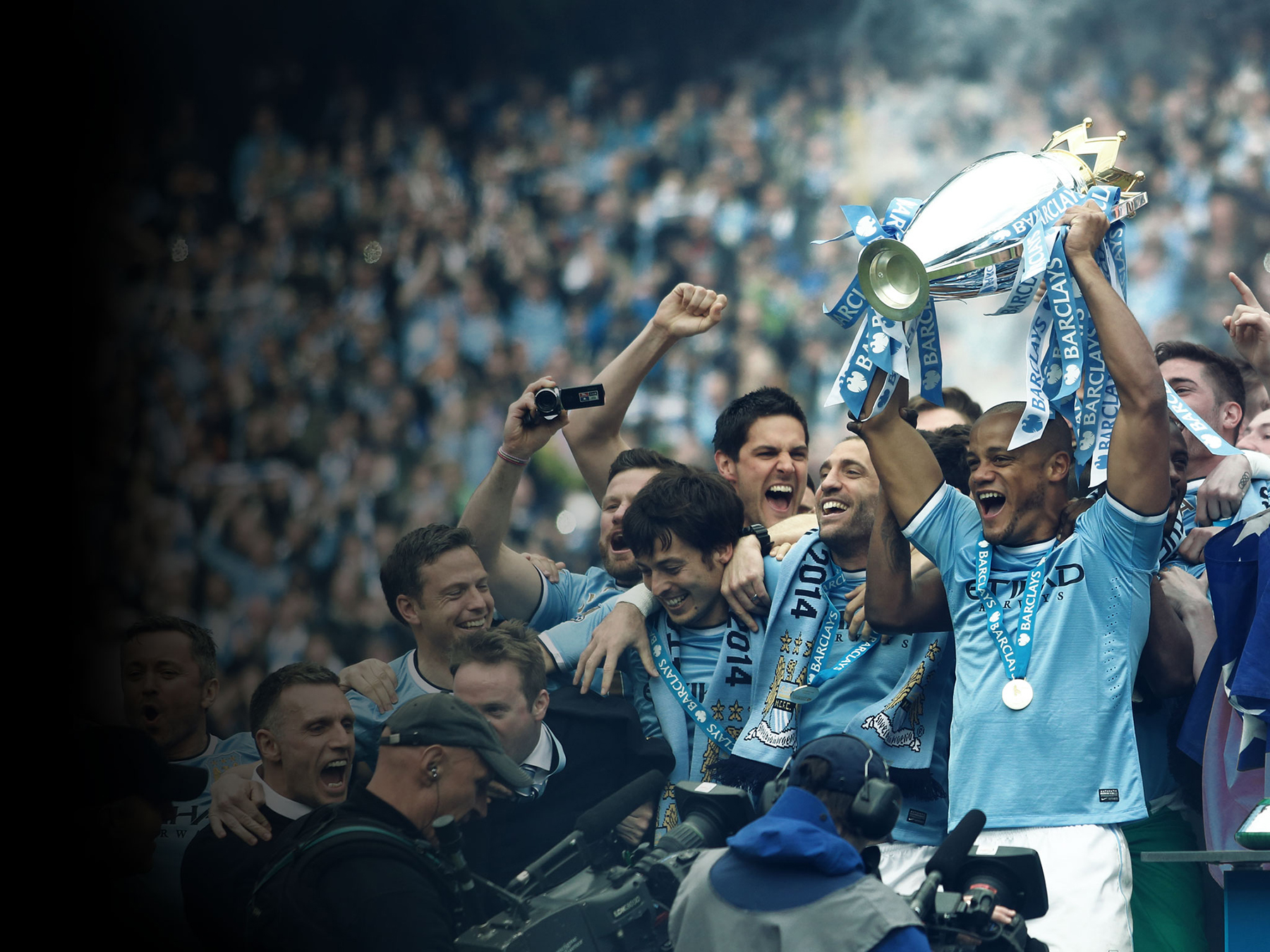 At one level, Europe would thus appear to have fast become the frontline for the Chinese government’s football vision. Acquiring such clubs is one means of identifying both playing and managerial talent, but it also yields important route through which industrial intelligence can be gathered. Furthermore, it extends China’s networked and soft power influence. In buying a European club, Chinese investors can begin to exert pressure on domestic football associations, organisations that are in turn members of international associations. It is these associations that ultimately vote on hosting decisions for events such as the World Cup.

There is a subtle industrial dynamic at play too; Chinese entrepreneurs will know that explicit public support for the state’s vision can be crucial in securing access to lucrative domestic contracts and is, therefore, good guanxi. Some critics also argue that overseas investments diversify business portfolios, providing some protection against the kind of corruption purges Xi’s government has been predisposed towards since the president came to power in 2013.

With Chinese industry already having asserted its dominance in industrial sectors ranging from steel to electronics, it might seem that football’s bamboo revolution is coming rather late to the party. However, what China is now trying to achieve is both unprecedented and a microcosm of Chinese strategy for other industries. Accordingly, while the world of football looks on with a mixture of cynicism, amusement and bewilderment as China seeks to cram into one decade what European football achieved over more than a century, there are important lessons for industry. China means business and poses a serious competitive threat to more established nations in the industry. With heavy state backing underpinned by explicit presidential support allied to an appropriately supportive commercial sector, one suspects that China’s likely success is irresistible.