Getting ready to respond

Is our region prepared to respond to the mass displacement of people?

Asia and Pacific governments need to increase their preparedness both at the national level, and collectively, to understand the nature of any displacement and to have the capacity to respond, writes Peter Hughes.

The daily media continues to record the extraordinary surge of humanity across land and sea from the Middle East and Africa into Europe.

No one can be oblivious to the mass human misery and individual tragedies revealed every day.

Germany alone is expected to receive 800,000 asylum seekers in 2015. Over 11 million Syrians have been displaced with four million having fled into neighbouring countries. This is on top of continuing large movements of people into Europe from Afghanistan, Eritrea and other parts of south-west Asia and Africa. Statistics on these flows are out of date as soon as they are issued.

The European Union, one of the most wealthy and sophisticated regions of the world, with extensive capabilities to manage asylum and migration, has been overwhelmed.

Despite the existence of a common asylum policy, the main responsibility for looking after the inflow of people has fallen on to Germany and Sweden. Border States are unable to cope effectively – with or without restrictive policies. Efforts to develop a shared responsibility arrangement amongst European Union members have not yet been successful.

There is no sign of these mass movements abating. The world is facing its highest level of displacement since the Second World War with some 59.5 million people displaced at the end of 2014, an increase of some 8.3 million people over the previous year. 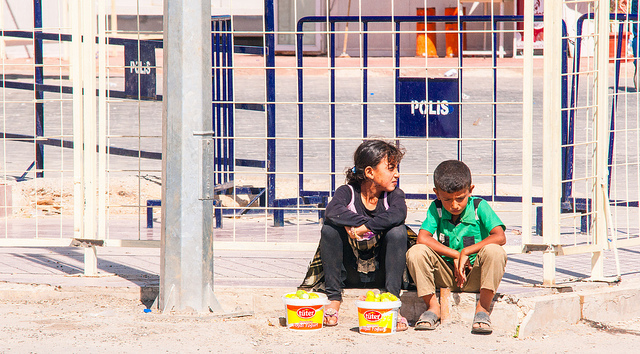 How well would we cope with displacement on this scale in Southeast Asia and the Pacific?

Countries in the region have not had to deal with mass displacement since the Indochinese refugee crisis in the period 1975–1990. At that time, with the help of the USA and Europe, the displacement of three million people was managed through first asylum in regional countries, resettlement of 2.5 million refugees around the world (including many to Australia) and repatriation of another 500,000 people.

The challenges in recent decades have been less, but not insignificant.

The main sources of displacement into the region have been from Myanmar, Sri Lanka and the Middle East.

Thailand continues to host over 600,000 people registered with UNHCR, including over 500,000 stateless people. Malaysia hosts some 200,000 asylum seekers, refugees and stateless persons of whom over 90 per cent originate from Myanmar. Indonesia hosts over 11,000 people seeking international protection. These populations are relatively stable.

Australia has ended up dealing largely unilaterally with the smuggled flow of maritime asylum seekers through deterrence measures, but still has some 30,000 asylum seekers in the country awaiting resolution of their status.

The region cannot just hope to remain immune from the global trend of increased displacement. We will need to be ready to deal with the human consequences of unexpected large-scale movements.

The recent mini-crisis of Rohingyas in the Andaman Sea gives a pointer to how well, or otherwise, a major displacement crisis might be handled in our region.

The initial reaction of regional countries, operating unilaterally, was to push off arriving boats.

The Bali Process on People Smuggling, Trafficking in Persons and related Transnational Crime did not appear to have any direct role in orchestrating a collective response. It was also hard to detect any ASEAN action until a couple of months later when it called an emergency Ministerial meeting on transnational crime and irregular movement of persons.

After an initial crisis meeting between Ministers from Indonesia, Malaysia and Thailand, the focus of collective action was a one-off “Special Meeting on Irregular Migration in the Indian Ocean” between 17 countries convened in May 2015 by the Royal Thai government. The meeting articulated some sound short-term responses, but the underlying problem has not been solved.

That tentative response to a relatively small, but acute, incident of displacement does not give confidence that we are regionally well-prepared for something bigger. Governments instinctively focus largely on uncoordinated national responses. 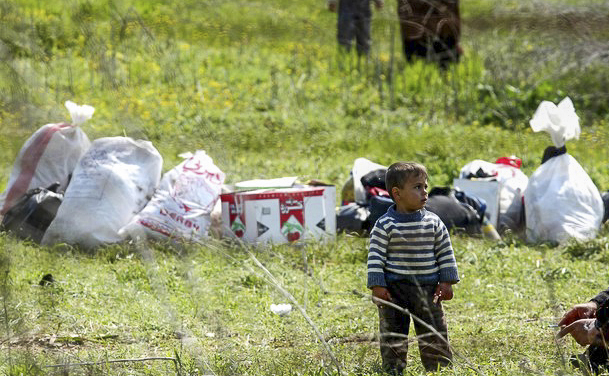 One possible source of thinking on ways to develop better collective regional responses for the future is a Track 2 Dialogue on Forced Migration in the Asia-Pacific initiated by the Centre for Policy Development in Melbourne.

Dialogue members are from Indonesia, Thailand, Malaysia and Australia, along with the Offices of the United Nations High Commissioner for Refugees and the International Organization for Migration.

The focus of the dialogue is better policy responses to those forms of migration within, and into, the Asia-Pacific region which are proving the most difficult for governments to manage – the movement of asylum seekers, refugees and trafficked persons. It is not about the problems of any one country, but those that are likely to challenge many countries.

The dialogue involves both government officials and civil society experts. The first meeting, in a three-year process, was held in Melbourne at the end of August. Because the dialogue operates outside of the formal structures of government, it offers the possibility of original and innovative thinking on displacement.

Wherever the thinking comes from, governments in this region will have to increase their preparedness both at the national level, and collectively, to understand the nature of any displacement and to have the capacity to respond appropriately to all aspects – initial humanitarian needs, protection, durable solutions, irregular migration, economic migrants, migrants smuggling and migrant trafficking.