How social can Chinese hydropower dams be?

Chinese built and financed dams, and the controversy that comes with them

How dam construction companies deal with the social and environmental impacts of their projects comes down to more than just their own policies, write Johan Nordensvard and Frauke Urban.

Large hydropower dams have long been a source of controversy. The global renaissance of hydropower, fuelled by climate change concerns and the search for cost-effective low carbon energy, has been accompanied by a rapid rise in Chinese-built and Chinese-financed dams.

China’s large hydropower dams have become symbols for modernity and progress at high environmental and social costs. The Chinese Three Gorges Dam, the world’s largest dam, was reported to have flooded 13 cities, 140 towns and 1,350 villages as well as numerous sites of cultural, historic and religious heritage. As a result, it is estimated that 1.3 million inhabitants were relocated, many from rural areas to cities. In total, China’s domestic dams are reported to have displaced about 23 million people as well as significantly affected environmental sustainability.

China has become the largest dam-building nation in the world and since the government issued its ‘Going Out Policy’ more Chinese dam-builders are engaged in dam constructions overseas, particularly in Southeast Asia and Africa. There are a wide range of Chinese firms operating as dam-builders around the world. Sinohydro International, a Chinese state-owned enterprise (SOE), is leading the global hydropower sector in terms of number and size of dams built, investment sums and global coverage. Other large players include Three Georges, PowerChina Resources, Gezhouba, Datang, Huadian and Huaneng, in addition to many smaller, regional and less well-known dam-builders. These hydropower firms are often backed by state-funding, such as from the China Export Import (ExIm) Bank, ICBC or the China Development Bank.

It would be too easy to just blame these firms and funders for their sometimes questionable practices with severe social and environmental impacts. This does not convey the complexity of dam developments.

The Bui dam is an Engineering, Procurement, Construction (EPC) contract; a turnkey contract in which the Chinese dam-builders Sinohydro International are the contractors who build the dam and then transfer the ownership and daily management of the dam to Ghana’s government. This makes Ghana’s government in charge of the resettlement process, of compensating the affected local people, of implementing mitigating measures to reduce the adverse environmental and social impacts of the dam and to manage the dam and its impacts on a daily basis. The government set up the Bui Power Authority to deal with these issues and to operate the dam.

The Kamchay dam on the other hand is a Build, Operate, Transfer (BOT) contract, which means that the Cambodian government grants a concession to Sinohydro for recovering its investment by allowing the dam-builder to own and operate the dam for 44 years and to sell electricity to the grid. This includes four years construction time and 40 years operation time. 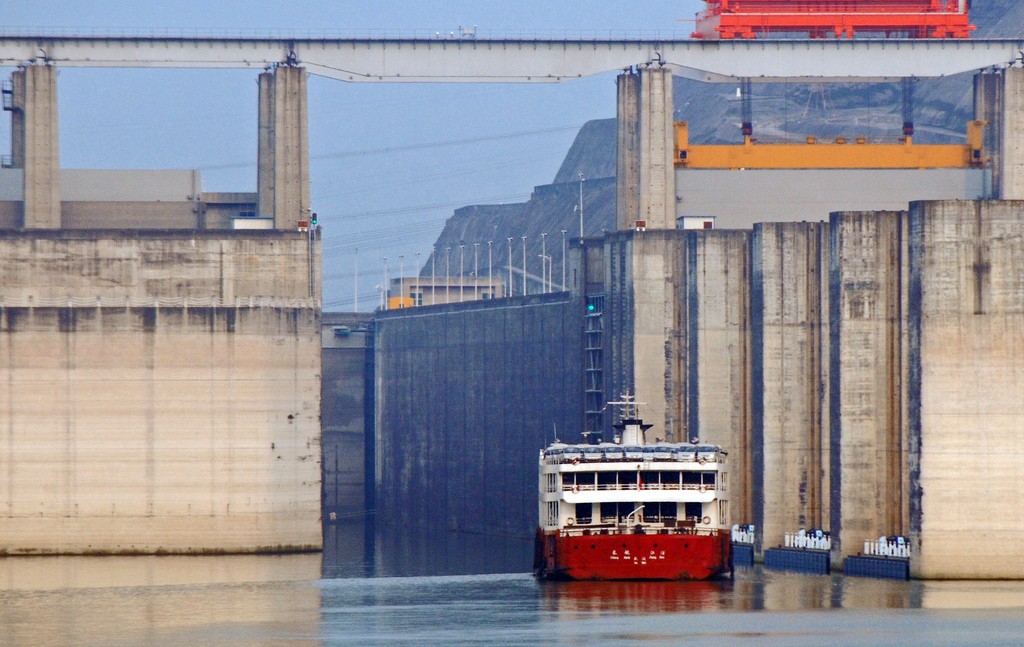 Technically, this makes the dam-builder in charge of either finding a contractor or dealing with critical issues themselves. This includes issues such as the resettlement process (which was not needed as no one was resettled at the Kamchay dam), compensating the affected local people, implementing mitigating measures to reduce the adverse environmental and social impacts of the dam and to manage the dam and its impacts on a daily basis. In reality however, the Chinese dam-builder operates and manages the dam, but leaves dealing with the social and environmental impacts of the dam largely to the national government and the local authorities. After a restructuring of Sinohydro, the dam is now being owned and operated by PowerChina Resources.

We found striking differences between the dam governance process in Ghana, which was more accountable and participatory, versus Cambodia, which was less accountable and participatory. Chinese dam-builders like Sinohydro and financiers like ExIm Bank tend to follow social and environmental standards and best-practice for planning and implementing hydropower dams, if requested to do so by the national government. If, however, the national government does not request complying with social and environmental standards dam-builders can circumvent them. This should be understood as a failure for the dams industry to self-regulate and the need to look at CSR from a new perspective.

Sinohydro planned in 2011 to toughen up its environmental and social standards by using World Bank standards for hydropower dam projects. These policy standards may have changed the way Sinohydro do their business; unfortunately these plans were shelved when the restructuring took place and they were replaced by weaker policies in 2014.  The 2011 Policy Framework for Sustainable Development for example defined national parks as excluded from dam construction areas. According to the 2011 policy, the dam projects should not ‘occur in a national park, habitat of threatened species or protected wetlands, which are no-go zones for project development’. Several dams built by Sinohydro in recent years have been built in national parks, such as the Bui Dam in Bui National Park in Ghana, home to the rare black hippopotamus, and the Kamchay Dam in Bokor National Park in Cambodia, while the Bakun Dam in Borneo, East Malaysia, is located in the habitat of threatened species such as the orang-utan as well as on customary land of indigenous people.

This is nothing special to Sinohydro and ExIm Bank, but is rather symptomatic for some parts of the large dams industry. Sinohydro International was recently bench-marked by International Rivers as the most compliant of large Chinese hydropower SOEs with regards to policy commitments and project performance. At least Sinohydro International has policies in place for dealing with some of the social and environmental effects that arise from large dam-building, while many other firms do not. PowerChina Resources, that since the restructuring of Sinohydro operates the Kamchay Dam and several other BOT projects world-wide, is bench-marked as ‘fair’ with regards to policy commitments and ‘poor’ with regards to project performance assessment by International Rivers.

These problems are not limited to Chinese dam-builders, but are a global problem. Even some European dam-builders have a bad track record. Italian dam-builder Salini for example is engaged in the very controversial Gibe III dam in Ethiopia, the construction of which has led to devastating environmental and social impacts, including allegations of human rights violations related to forced resettlement of pastoralists.

The key lesson is that the national context is one of the most decisive factors that influences how international dam-building firms deal with the social and environmental impacts of large dams, most importantly issues related to resettlement of affected people, compensation, EIAs and complying with international standards and national legislations.

Ultimately, the desirability of large hydropower dams as the best option for increasing energy security needs to be challenged. It is inevitable that they will have large environmental and social impacts in poor countries. Instead, it is time to invest in more sustainable low carbon energy options, such as solar and wind energy, which can contribute to energy security and increase modern energy access without threatening people’s lives and livelihoods or damaging the environment.

Dr Johan Nordensvard is Lecturer in Social Policy at the University of Southampton, UK.

Dr Frauke Urban is Associate Professor in the Management of Sustainable Energy Systems at the Royal Institute of Technology KTH in Stockholm.