Can the Philippines build a just peace in Mindanao?

Can the Philippines build a just peace in Mindanao, ask Veronica Taylor and Imelda Deinla.

The Philippines is often seen as a democratic corner of Southeast Asia: authoritarian ex-military President Ferdinand Marcos was famously ousted through peaceful civilian protest in 1986 and Filipino ‘people power’ has been a potent check on governments ever since.

Manila is also an Asian rule of law success story: the steps of the Supreme Court of the Philippines are flanked by two bronze heroes—the first Chief Justice Cayetano L Arellano, who served under the American Civil Government from 1901 to 1920, and the fifth Chief Justice, José Abad Santos y Basco, killed by the Japanese occupation forces in 1942 for refusing to cooperate.

They tell a story of legal independence and national triumph over colonisers: the Spanish, the Americans and the Japanese. Filipino lawyers enjoy high prestige and are proud of the public interest litigation that has propelled significant legal and social reforms in their country.

Fly south from Manila, however, and this narrative of progressive politics and sophisticated law evaporates in one of the world’s most heavily militarised places: the southern island of Mindanao. Here and in the surrounding islands, armed separatists have been waging war on the government and each other for more than 35 years. The intensity of conflict since the 1970s has seen a rising death toll and the internal displacement of hundreds of thousands of civilians. 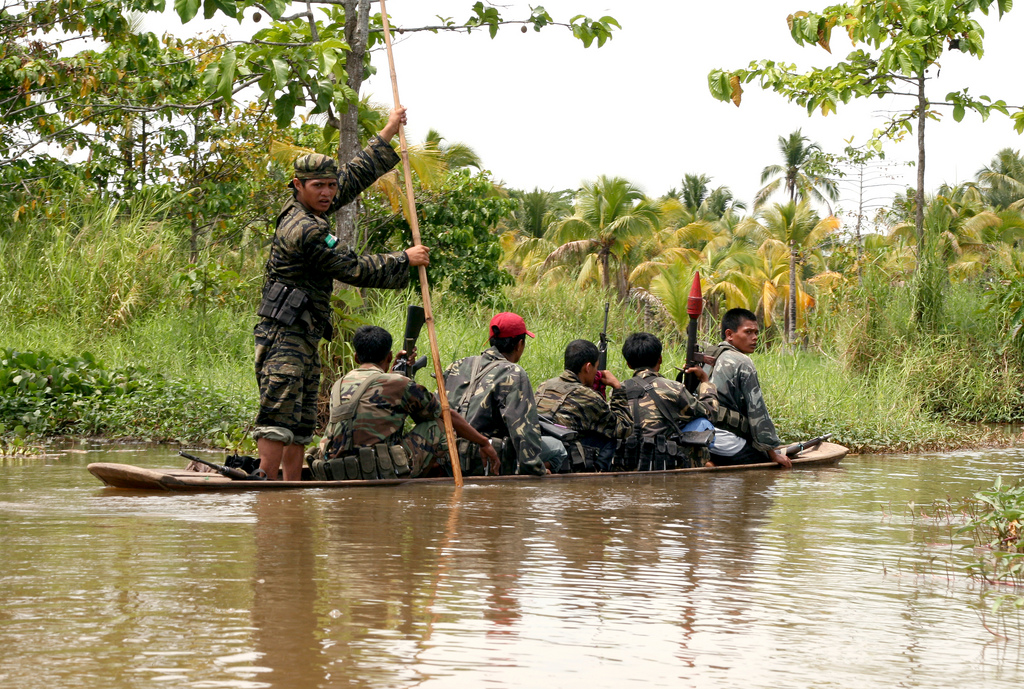 President Benigno Aquino, however, has taken an historic step by negotiating a comprehensive peace settlement with the largest of the separatist groups, the Moro Islamic Liberation Front. A Framework Agreement between the parties was mediated by Malaysia in 2012 and a Comprehensive Agreement signed in March this year. Currently the stakeholders are drafting the implementing legislation: the Bangsamoro Basic Law. This would create a politically and legally self-governing sub-region that will be ‘the home of the Moro’, or Muslim Filipinos: the Bangsamoro.

The Bangsamoro is designed to replace the Autonomous Region of Muslim Mindanao (ARMM)—a grouping of five Muslim majority provinces within Mindanao that came into being in 1990. ARMM has been largely unsuccessful.

It is the poorest region in the country, with a social development level that is closer to that of a central African republic than it is to metropolitan Manila. With an estimated population of just over four million, its economy is largely informal and based on financial transfers from the central government. Education, health, infrastructure and communications are all at profoundly low levels.

So why substitute one form of ‘autonomy’ for another?

One of the long-standing grievances that inflamed the conflict between the separatists and the centre was Manila’s refusal to recognise and respect both indigenous and Muslim cultures and tenure in the southern part of the archipelago. These significantly pre-date the Spanish colonisation and Catholicisation of the Philippines. The assertion of a separate Muslim identity and homeland has thus been a convenient rallying cry for armed and disaffected groups engaged in violent crimes against locals and outsiders. These range from the terrorist organisation Abu Sayaff through to current negotiating partner, the Moro Islamic Liberation Front—anticipated to emerge as the dominant political force in Bangsamoro.

One of the Moro Islamic Liberation Front political demands is regional autonomy over law and policing. Viewed from Manila, the Philippines has a unitary legal system with constitutional approval given to a limited form of political and economic autonomy for ARMM.

Yet Muslim communities see their Muslim identity inextricably bound up with the Islamic norms, including shari’a (Islamic law). These were layered upon indigenous customary law and this custom endures, particularly in relation to family relations and land. So the ‘law’ that actually applies to communities in Mindanao, depending on their ethnic and religious make-up, is a complex mix of local custom, clan and family norms, shari’a and—much more remotely—national law.

Urban elites in Manila prefer to ignore this legal pluralism, even although Muslim Filipinos and indigenous peoples live in many communities outside ARMM. Although the government establishedshari’a courts as a division of the Supreme Court from 1983, their jurisdiction remains limited to marriage, divorce, custody and inheritance among Muslims. Few universities teach Islamic law, so few, if any, lawyers who pass the national bar examination are conversant in contemporary shari’a as it applies within the Philippines or elsewhere. Indigenous legal norms in the Southern Philippines remain undocumented and largely unstudied.

By neglecting both formal and informal justice in Mindanao, the Philippine Government has allowed the real adjudicators to flourish—armed insurgent commanders, local political strongmen, and the army. The people who lose when law comes at the point of a gun are women, children, internally displaced people, and the unlucky minority in that locality.

Creating a Bangsamoro would be both a legal and a political watershed for the Philippines; at the very least it would make a unitary state into a de facto federal system. For this reason, the passage of the Basic Law will almost certainly be challenged constitutionally. How the Supreme Court of the Philippines will respond is unknown, but the indications are not hopeful. What the Basic Law would require is both a formal and an attitudinal renegotiation of the national legal system, including the recognition of, and respect for, both Islamic law and indigenous law.

In whatever final form it takes, the Basic Law will seek to elevate and legitimise Islamic norms and actors in new ways. The Moro Islamic Liberation Front, as a movement has both conservative and progressive religious and legal elements. Moro women lawyers who lead progressive NGOs are concerned about which shari’aprinciples and institutional norms will be supported in the new Bangsamoro. In particular, there is great concern about ages of consent and marriage; trafficking of women and children; gender equality and the expansion of shari’a court jurisdiction to cover criminal offences. Indigenous peoples are anxious about their long-standing customary land claims and how human rights and equality guarantees for all Filipino citizens will be delivered within the Bangsamoro.

The projected deadline for the Basic Law is 2014—at least two years before the end of President Aquino’s term of office in 2016. Racing against this legislative clock, we have been working to map users and providers of the basic legal services in ARMM. We know that state courts in Mindanao are underutilised and weak, and that the shari’a courts are sparsely distributed, and lack prestige.

Most people use village (Barangay) or Church-affiliated processes, and for Moro people, clan-based adjudication and retributive justice through intergenerational violence, or rido. None of these institutions receive a fair share of the national and donor resources channelled to justice institutions in Manila; all of them are siloed. Yet we also know anecdotally that ‘people’s courts’ and the revolutionary Islamic courts, which are criticised as illegitimate and violative of human rights norms, are also formal and apparently effective.

Knowing more about all the justice actors in Mindanao and how they interact with each other and with potential users of their services, can provide evidence for policymakers and local actors as they try to design legal institutions that can contribute to local peacebuilding.

This research builds on a project led by Dr Imelda Deinla on post-conflict approaches to gender justice – Pluralist Justice for Women after Violence: An Experiment in Building Justice Webs in the Philippines (AusAID Development Research Award 2013).

Veronica L Taylor is an Australian National University (ANU) Public Policy Fellow and Professor in the School of Regulation and Global Governance (RegNet),  ANU College of Asia and the Pacific.

Dr Imelda Deinla is Postdoctoral Fellow at the School of Regulation and Global Governance, ANU.