Uber and taxi industry reform: is the price worth the cost?

The road ahead is far from clear for Uber and the ‘sharing economy’, but what is clear is that the taxi industry will never be the same again.

Like it or not, the sharing economy is upon us. With app-led businesses such as Airbnb contributing some $214 million to Sydney’s economy without building a single new hotel, it is only a matter of time before a number of industries face a shake-up from non-traditional competitors.

The view is that the current taxi industry structure prevents competition from ride-sharing companies, particularly Uber. The Harper Review into competition policy suggested that one way to establish a level-playing field was to remove the community service obligations (CSOs) from current taxi operators. Funding these separately would enable taxi fares to reflect the cost of providing standard services rather than cross-subsidising the required CSOs.

Much of this makes good economic sense and it extends the program of market reforms which began in the 1980s. The biggest problem is that operators in the taxi industry have invested in the existing system which has been mandated by government. According to Professor Harper, “there’s no doubt that if people have invested in good faith in assets, and then government comes along and reduces value of those assets to zero, it would strike many Australians as unfair”.

That is not to say that government cannot change the rules without compensation, but it is not uncommon for transitional arrangements to be made to reduce the disruption created by institutional change. It is clear that national market reforms will be politically difficult and may not happen in the near future. But there is nothing stopping states and territories from reforming their taxi industries. 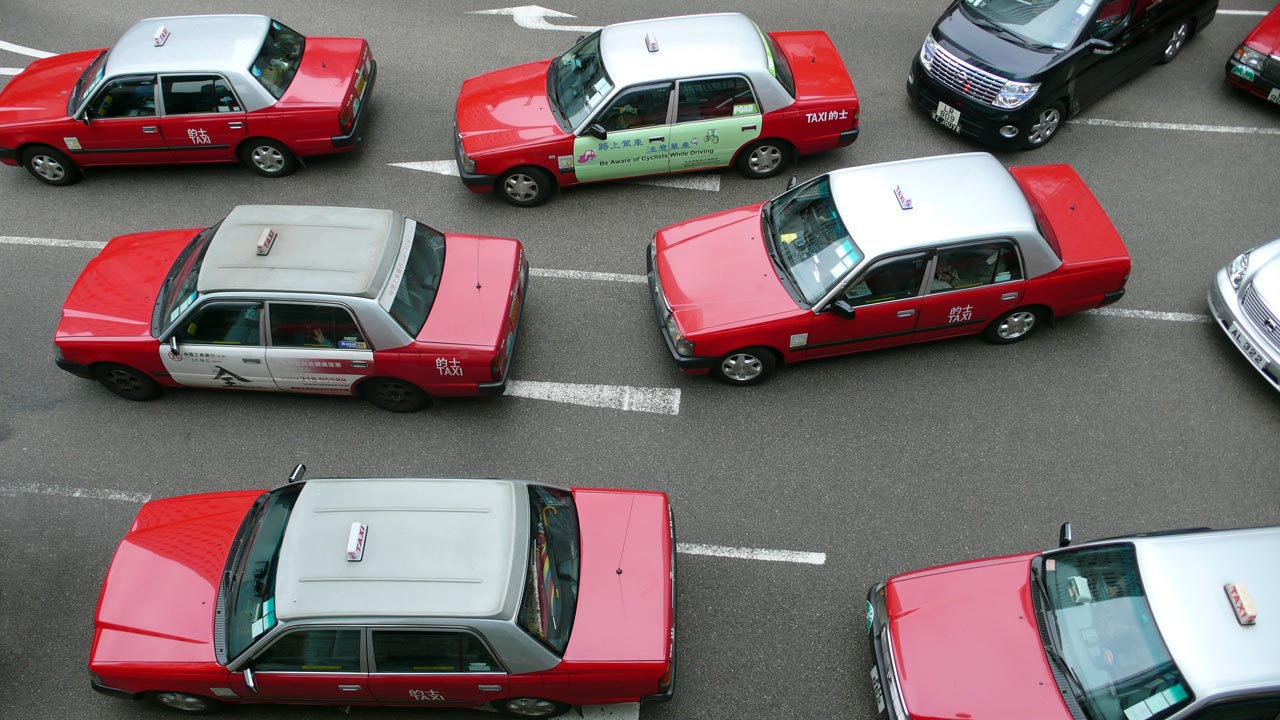 Indeed, Uber’s popularity has fixed reform of the taxi industry on the policy radar in Victoria (due to report this month), NSW, Western Australia, South Australia, and the ACT. With Queensland’s Taxi Strategic Plan up for review next year, it is only a matter of time before there are changes throughout the nation.

But Uber still has many hoops to jump through. Recent global protests against Uber by taxi drivers will take some time to settle. It is difficult to see how reform can be achieved without compensation. Nonetheless, West Australia Premier Colin Barnett has ruled out taxpayer-funded compensation for those who have invested in taxi registration plates if the reform agenda goes ahead in the near future.

Major reforms to allow Uber to operate appear to be focused on creating a level playing field. This might be through reducing or removing limits on taxi registration plates (or removing these altogether), separately funding taxi operators’ CSOs, and unravelling the existing barriers for new entrants to the industry. This might also mean regulations to target Uber’s safety standards and other professional standards such as driver qualification, English language proficiency, security camera protection and so on. Either way, it is unlikely that the regulated monopoly that taxi operators have enjoyed for decades will remain unchanged.

While many tout the benefits of the so-called sharing economy, the sole focus on lower consumer prices overlooks other serious issues. For one thing, taxis currently enable users to travel anonymously, whereas Uber’s users’ details, including travel time, route and destination, are all tracked.

US “software freedom activist” Richard Stallman provides a long list of reasons not to use Uber. Along with user privacy, Stallman brings to the fore the thing that most concerns taxi drivers: pay and conditions. Stallman says that a more accurate term for the “sharing economy” is the “piecework subcontractor economy“. Business Insider agrees, and after reviewing a number of Uber’s claims and evidence about how much drivers can expect to earn, suggests that: “If you want to make a living off of Uber, you’re going to have to drive an insane number of hours”.

To test Uber’s claims, Philadelphia Citypaper’s Emily Guendelsberger went undercover. Her new driver orientation consisted of a 13-minute Youtube video. Drivers and riders rate each other, and drivers can lose their jobs if their rating drops below a certain level. Sounds a lot like teaching.

As it turns out, the US$74,000 per year Uber claims that drivers can earn appears to defy the evidence. Guendelsberger cites competition from Lyft (another ride-sharing app) tends to reduce Uber’s rates. The Washington Post reports that Uber is no longer making these claims as it would now require a driver to work 80 hours per week to earn US$74,000 at the claimed rate of US$19 per hour. 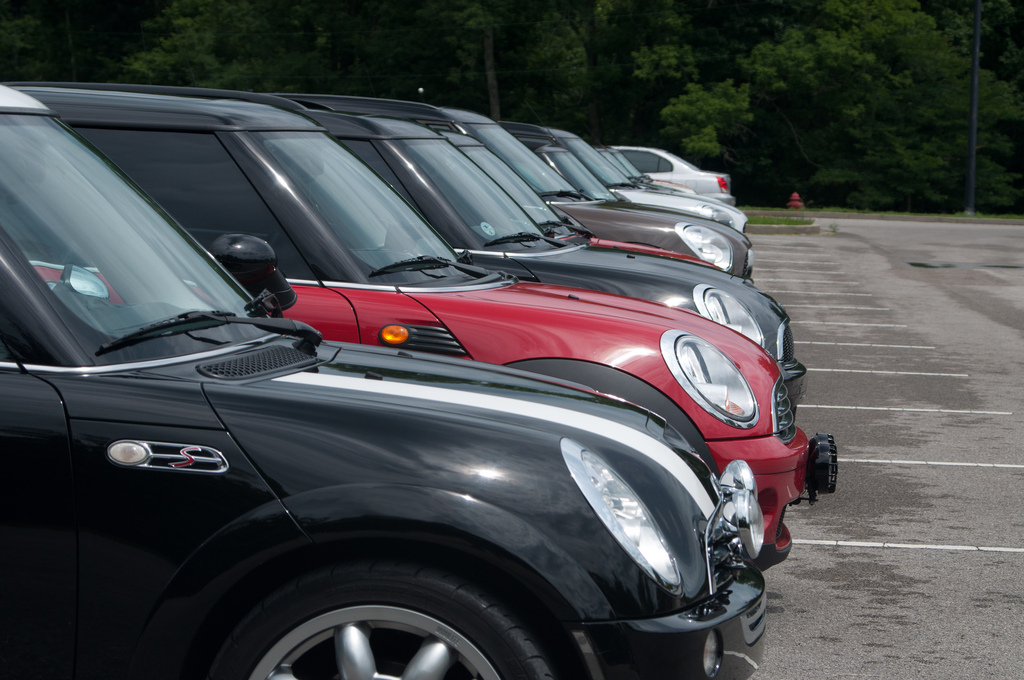 So for a typical 40 hour week, (by extrapolation) a driver in San Francisco could expect to earn about US$37,000 per year. And that’s before you cover fuel, repairs and maintenance, insurance, depreciation, an iPhone (or you rent one from Uber). In Australia, you will also have to register for GST. Then there are accountants’ fees, recording keeping costs and so on. And depending on the length of each paid trip, you may actually earn less the more you work.

In California last month, the Labor Commission ruled that Uber drivers are employees, not contractors. This will significantly increase Uber’s costs. But that’s not all. Uber’s insurance only covers drivers from the time they pick up a passenger until the passenger leaves the vehicle. Uber has insisted that drivers’ require their own commercial car insurance to cover them for non-passenger trips.

Indeed, insurance companies insist that as soon as a driver turns on the app, they are operating their private cars as commercial vehicles.

The road ahead is not so clear for Uber, with many issues to be resolved before the “sharing economy” can provide a safe, reliable service that does not exploit its workers. But what is clear is that the taxi industry will not be the same again. The forthcoming reviews promise that something will have to give.

While innovation and technology can certainly bring benefits to consumers, citizens will need to consider whether the costs outweigh the benefits. Externalities such as privacy, safety and fair work conditions must be captured, otherwise Uber’s business model is little more than a new way to make a profit by passing the externalities on to drivers, taxpayers and pedestrians.

While something of an unorthodox figure, Richard Stallman might be asking us an important question: Are the many social costs of Uber’s business model worth the few dollars that users save by not taking a taxi? Markets work, but only when the true cost of providing a service is captured in the price. Until Uber’s business model is properly regulated, it would seem that taxpayers, by default, are funding the externalities that help make a larger profit for Uber at the expense of all of us.

An alternative version of this piece was published at Michael de Percy’s website http://www.politicalscience.com.au/

Dr Michael de Percy FCILT is Senior Lecturer in Political Science in the Canberra School of Politics, Economics, and Society at the University of Canberra. He is a graduate of The Australian National University and the Royal Military College Duntroon, and he is a Chartered Fellow of the Chartered Institute of Logistics and Transport.