Voters back prosperity over austerity, but who gets to take the financial haircut?

A rejection of austerity measures has left Greece on the brink of economic chaos, but who will blink first – the country’s policymakers, or its creditors in the European Union?

The Greek people have spoken, and the answer is no. The Sunday 5 July referendum saw more than 60 per cent of Greeks vote against a bailout deal from the EU that was no longer on the table.

But this was not the real question that the Greeks answered. They voted against further austerity and for a better bail out deal and a better economy, if they can get it.

In a land that invented democracy and in a continent where ‘Liberty, Equality and Brotherhood’ are proudly part of its history, there has been much complaint about Prime Minister Tsipras’ surprise call to consult the people. To many financiers the view is that bailout deals are best done behind closed doors and face-to-face. Why should the Greek people need to be consulted anyway? Take the deal on the table, stop complaining and get with the troika plan.

The fact that the European Union (EU) withdrew its bailout straight after the referendum was announced shows just how acrimonious relations have become between the Greek government and its Euro partners. Yet, according to ‘leaks’ from the negotiating table on 26 June, the gap between what Prime Minister Tsipras was looking for and what the EU is prepared to give was very narrow. A case of close, but no cigar!

The Greeks have experienced an economic disaster bordering on a tragedy over the past five years. The country has an unemployment rate of around 25 per cent –  and about 50 per cent for young Greeks – and an average per capita income lower than when it joined the Euro. So it should hardly be a surprise that many Greeks do not like austerity. In January they voted in the Syriza government to stop austerity, or at least what they had experienced since the debt crisis began. On Sunday they again voted against further austerity whatever the question actually stated.

To be clear, the referendum was not a vote to leave the Euro or the EU. In fact, the overwhelming majority of Greeks wish to say in the EU and also keep the Euro. Instead, the referendum, if you will, was a vote for prosperity over austerity. Unfortunately for the Greeks, even if you vote for it , you can’t always get you want. The question now is whether they’ll get what they need.

Unless the EU relents, which would mean a u-turn in the approach adopted by the German government, the Greeks will almost certainly face a full-scale banking and liquidity crisis before the end of this week. 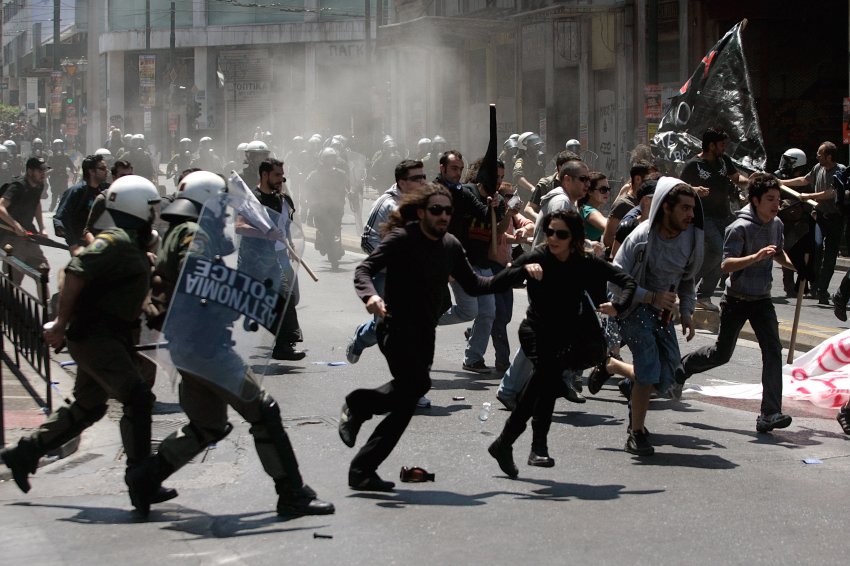 What happens next depends on what the EU leaders decide to do. The French, under the leadership of President Hollande, appear to want greater accommodation of the Greek debt relief demands while the German government under Chancellor Merkel (and especially her Finance Minister Wolfgang Schauble) have consistently stated that they want the Greeks to accept what was on the table. This deal, even if it were taken off the negotiating table, is what the Greeks have clearly just rejected by popular vote so it is hard to see that the Greek government would accept such a deal, or anything less. The one glimmer of hope that the Greeks may be prepared to reach a deal is the surprise resignation of the Greek Finance Minister Yanis Varoufakis as he was someone that some Eurozone leaders clearly did not want as part of any further negotiations.

For all intents and purposes Greek banks are closed, Greeks are, with some exceptions, unable withdraw cash out and capital controls are in place. This means that already a Euro in a Greek bank account is not the same as Euro in Paris or Berlin. This is the first step to an exit of Greece from the Eurozone.

Prime Minister Tsipras has said that Greek banks would re-open on 7 July. But this critically depends on the European Central Bank providing liquidity to Greek banks because they are essentially insolvent. As soon they open there will be a run as people seek to take as much cash out as they can. Without the very substantial backing of the European Central Bank withdrawals in Euros by Greeks will simply not be possible. 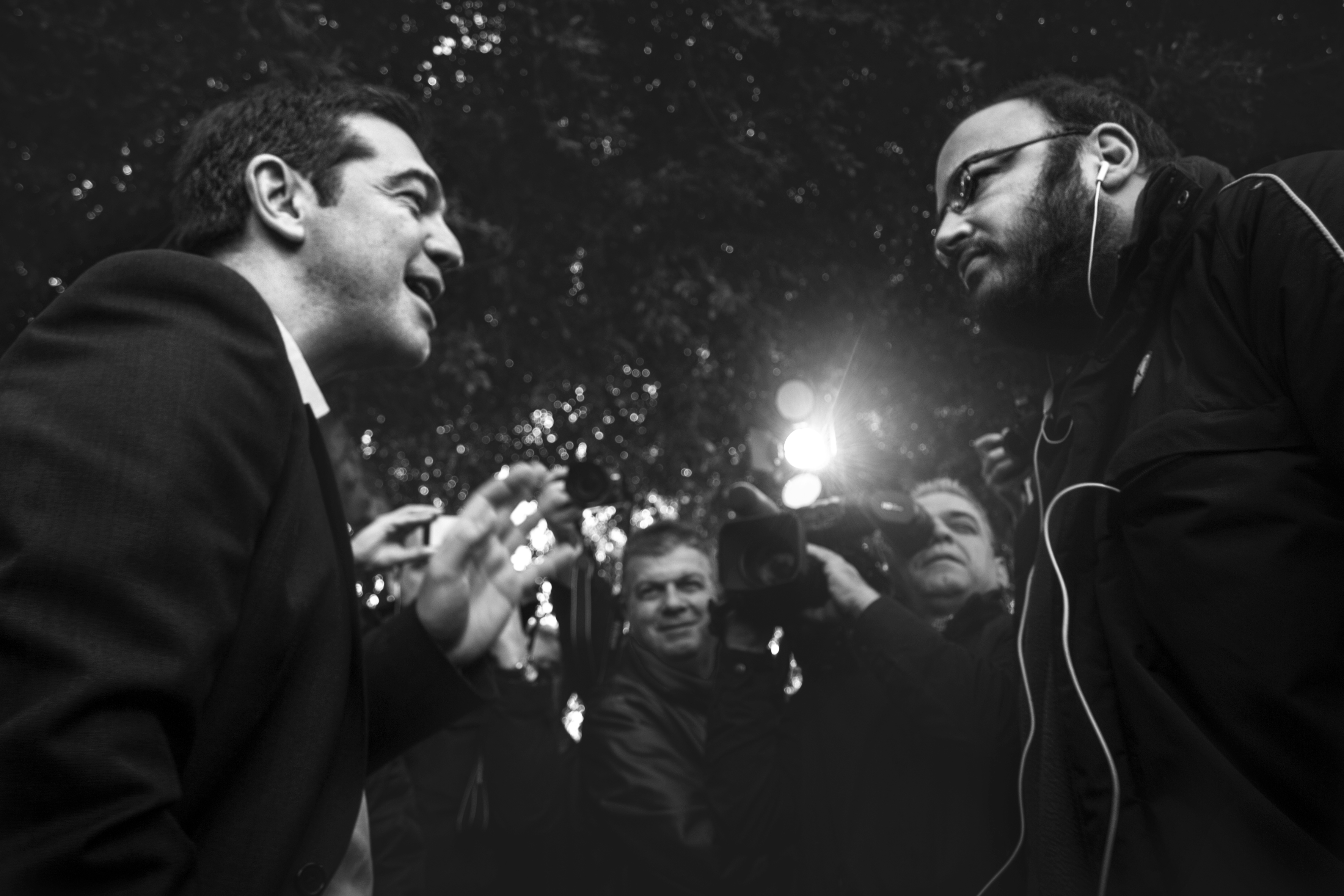 This is a very high stakes game of poker. One more misstep could easily result in economic chaos and/or a Greek exit from the Euro – the so-called Grexit – whether or not this was intended, and despite the fact most Greeks do not want this to happen.

So what does this all mean in terms of public policy apart from the obvious fact that Greece should never have been in the Eurozone in the first place?

First, Greece cannot pay back its current debt so there must be haircuts for holders of Greek debt.  This is not about right or wrong or rewarding past malfeasance, as much it must gall on taxpayers and debt holders in northern Europe, but is all about facing the reality of what can actually be paid back, and when. The current ‘smoke and mirrors’ of past debt restructuring and ‘kicking the can’ down the road for another year or two has to end. It has brought Greece to the edge of ruin and is now beginning to threaten the unity of the EU.

Second, whatever debt restructuring or default occurs, the Greeks must make their country an attractive place to invest and to do business so that Greeks can get a job and make a living. Change must include a primary surplus in its government budget, more or less achieved in 2014, and sensible taxation and expenditure policies whereby richer Greeks pay their fair share and entitlements are only provided to those who absolutely need it.

Third, while Greece is a small country, what happens there is a big deal. Some countries in Europe, and elsewhere, also have very big debts. These debts beyond Greece are currently manageable, but only because interest rates are at record lows. But what would happen if interest rates were to rise to their historical average levels? The clear message is for highly indebted countries to also get their own houses in order while they can to preserve their economic independence and to avoid their own Greek tragedy.