Has Australia missed its moment to lead the world in renewable energy?

Australia was an innovator with solar panels and has a world-class supply of sunshine and wind, so why is renewable energy struggling?

This week the Australian Parliament finally passed the legislation to reset the Renewable Energy Target after some 18 months over which time the Abbott Government did its best to drop the target, causing enormous uncertainty that resulted in a collapse in investment in the renewables sector by some 90 per cent, and the loss of some 15,000 jobs.

The Government’s stance on the RET was particularly difficult to fathom, especially as our economy is in transition from one that had been based on a resources boom, to whatever, we don’t yet have any real idea.

With the economy flat, and unemployment threatening to rise further, and very few growth sectors evident, why would they so easily eschew renewables? 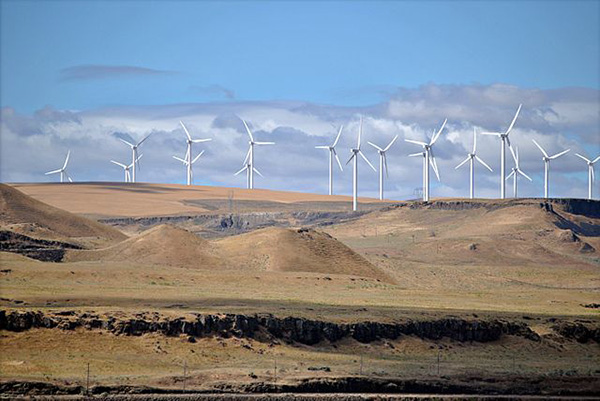 Unfortunately, despite the fact that some 97 per cent of peer-assessed climate scientists agree on the magnitude and urgency of the climate challenge, there is still a significant group of climate deniers/agnostics holding key positions in the Abbott Government.

Most notably, the key business advisor, Maurice Newman, the chair of the Audit Commission, Tony Shepherd, the chair of the Financial System Inquiry, David Murray and, most disturbingly, the person appointed to chair the Review of the RET, Dick Warburton – that is apart from a rump of ministers and backbenchers.

Moreover, Abbott himself believes that a principal reason for him winning the last election was his stand against the carbon tax, even though a more sober and realistic assessment would suggest that it was predominately due to electorate just wanting to end the Rudd/Gillard/Rudd era.

Nevertheless, in base political terms, with Abbott fighting to retain the leadership, and to improve the poll standing of his Government, it was never clear to me why he would want to fight on this front, when he is under considerable pressure on so many fronts.

The fact is the world is moving rapidly to a global agreement on emissions reductions under the Paris process this year, with considerable commitments being made by the Europeans and the Chinese, among others, to accelerate the development of renewables as an alternative to fossil fuel based power.

Simultaneously, there is a considerable technological revolution under way in relation to battery and heat storage that is fundamental to the long-term viability and effectiveness of renewables, electric cars, and so on.

For example, Tesla has launched, in addition to its electric car, the PowerWall battery storage for home and commercial solar, such that the average household will be able to store their solar energy, sufficient to power their home, and charge their car, so that they will effectively be able to disengage from the electricity grid.

As time goes on, and we move through several generations of technological development, the lithium-ion batteries will become more and more effective, and their prices will drop as we’ve seen with flat-screen TVs.

In these terms, the world of power generation will be fundamentally different in as little as 10 years, with electricity grids effectively becoming dinosaurs.

The tragedy for Australia is that, with the right leadership, we could have led the world in this revolution, having been the initial inventors of solar panels, and with an enviable, world-class supply of both wind and sunshine.

But, yet again, unfortunately, an opportunity for new business, growth and jobs has been squandered by short-term, opportunistic, political game playing and point scoring.