Is the Nuclear Nonproliferation Treaty still fit for purpose?

The Nuclear Nonproliferation Treaty is fraying, and may no longer be capable of coping with contemporary challenges. It may be time for a new deal.

The Nuclear Nonproliferation Treaty (NPT) is the latest Cold War era pillar of global order to show signs of fraying. It may no longer be capable of coping with contemporary challenges. The ninth NPT five-yearly review conference, after four weeks of deliberations and negotiations, ended in acrimony on 22 May 2015 instead of with a consensus document.

Although regrettable, this was not unexpected.

For one thing, based on historical cycles, the failure fits the pattern of alternating success and failure every five years. For another, the mood of optimism from 2010 had been steadily fading and had given way to outright pessimism by the end of last year, with tensions over Ukraine renewing interest in the role of nuclear weapons, no end to North Korea’s nuclear provocations, growing arsenals in all the Asian nuclear armed states, no sign of the Middle East conference on nuclear weapon free zone (NWFZ) called for by the 2010 conference, and even the November deadline for a deal on Iran having been missed.

The framework agreement on Iran in early April set the scene for a marginally more optimistic start to the conference in late April, but was not sufficient to overcome the serious clash of interests, values and perspectives. Two issues proved particularly contentious.

The first was that of a Middle East NWFZ. On the one hand, the Western powers led by the US and UK are extremely naïve in believing that Israel can be shielded permanently from scrutiny of its undeclared nuclear arsenal, but any other regional power can be stopped, by force if necessary, from getting the bomb.

On the other hand Egypt, claiming to represent the Arab bloc, was disingenuous in trying to use a NWFZ as a means of achieving Israeli nuclear disarmament by stealth. All NWFZs ratify an existing nuclear weapon-free status. None compares with the Middle East where one country already has the bomb, is not recognised by some neighbours, and faces threats of destruction from some. The entire region has also been in extraordinary upheaval from an Arab spring of hope that mutated into a winter of discontent.

The second unbridgeable divide was that between the five nuclear powers and others. The NPT bargains included a promise by those with nuclear weapons to negotiate their elimination in return for those without agreeing to renounce the option forever. Of the 128,000 bombs built since 1945, 98 per cent have been by Moscow and Washington. Of the current global stockpile of 16,400 weapons, Russia and the US account for 15,300. All nine nuclear armed states are modernising and upgrading their arsenals; not one has given credible evidence of abandoning the nuclear weapons option. Their resistance to any benchmarked and timetabled calendar of denuclearisation leaves others increasingly frustrated. 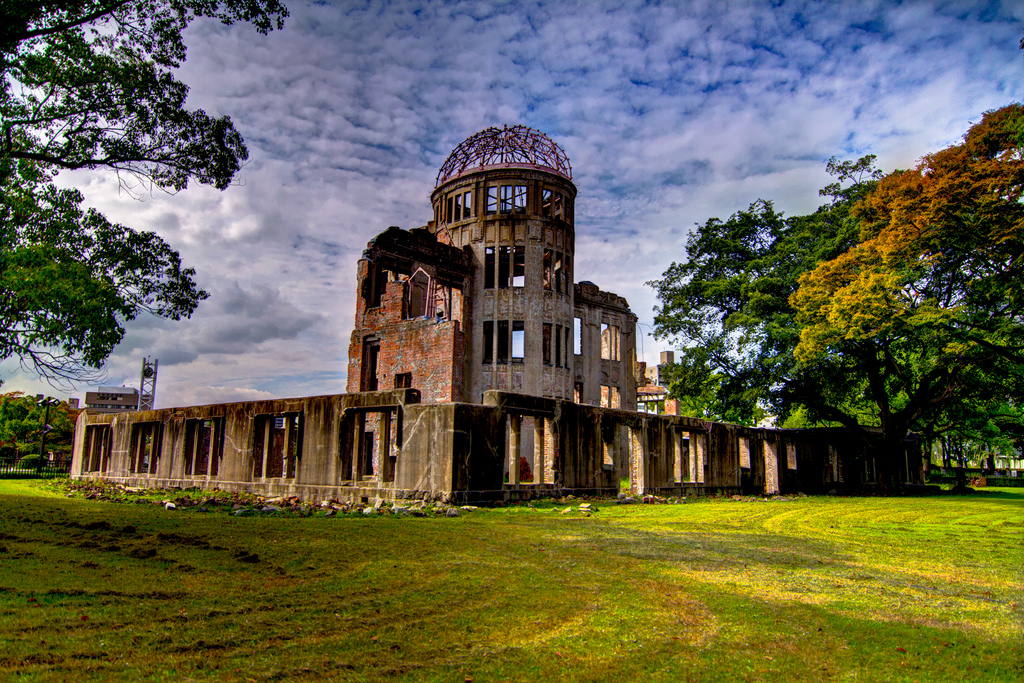 Is the NPT still fit for purpose? If it has passed its use by date, how can we manage the transition to a post-NPT world without endangering the existing global nuclear order that is firmly anchored in the NPT?

The NPT indeed suffers from many shortcomings. Crucially, four (India, Israel, North Korea, Pakistan) of the nine (4+ China, France, Russia, UK and US) nuclear-armed countries are not NPT members, producing a substantial gap in its core business. While non-proliferation obligations are binding, verifiable and enforceable, disarmament obligations are not. A five-yearly review conference is not much of an institution to undergird the regime.

Three conferences have been held to date on the humanitarian impacts of nuclear weapons, which might point the way to a post-NPT nuclear-weapon-free order. Now supported by 159 countries, its essence can be distilled into three propositions:

Neither any country individually, nor the international system collectively, including international organisations, have the capacity cope with the humanitarian consequences of any nuclear war;

It is in the interests of the very survival of humanity that nuclear weapons are never used again, under any circumstances;

The only guarantee of non-use of nuclear weapons again is their complete elimination.

Concerned governments and civil society representatives will likely now look to independent initiatives outside the NPT framework. One option would be to remain silent on the nuclear arsenals but ban any use of nuclear weapons, as any use would violate the very core of international humanitarian law. A second would be to ban the possession as well as use. This could be done by the overwhelming majority of non-nuclear countries acting on their own as a powerful means of entrenching the anti-nuclear weapon norm. The third, potentially the best but in practice the most challenging option to aim for, would be the negotiation of a nuclear weapons convention (NWC) to take its place alongside the companion conventions banning biological and chemical weapons.

A NWC could follow the same route as its chemical weapons counterpart: negotiate, draft and sign a universal, binding, verifiable and enforceable convention; establish an implementing agency and verification machinery; and then oversee the dismantlement of all existing nuclear weapon stockpiles with an emphasis on safety and verified destruction, no matter how much longer the process takes after the entry into force of the NWC.