The effect of excessive public use of alcohol on children.

The subsequent debates that played out in the media—like past debates following similar incidents of alcohol-related public violence—focused on adults and teenagers, who are most often the victims and perpetrators. The impact on children was given relatively little attention.

That’s disappointing. Our recent research into children’s views and experiences of their communities has found that overuse of alcohol in public spaces has a devastating effect on children’s sense of safety and severely damages their sense of community. This is a dimension of excessive public use of alcohol that has, to date, been overlooked.

‘Children, Community and Social Capital in Australia’ is an Australian Research Council funded Linkage Project which I have worked on for the past four years with Professor Jan Mason from the University of Western Sydney, in collaboration with The Benevolent Society and the National Association for Prevention of Child Abuse and Neglect (NAPCAN). The research adopted a rights-based, participatory approach to gain insights into how children define community, what they think makes a strong and supportive community, and what they would like to change in their communities. 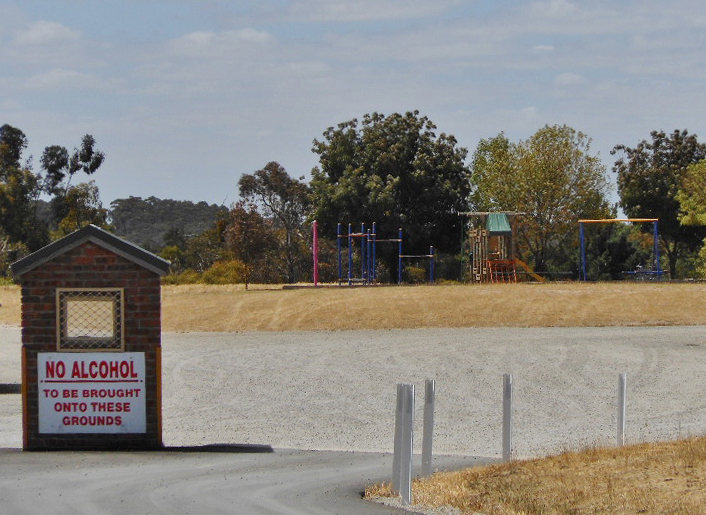 We worked with over 100 children, aged between eight and 12 years, in six communities across eastern Australia. All communities were in urban areas; four were classified as highly disadvantaged, one was a middle-income community, and one was identified as socio-economically advantaged. We did not begin the research with a definition of community—rather we asked children how they thought community should be defined.

In defining and describing community, children overwhelmingly spoke of the importance of relationships—not only with their families and friends but with a range of people including child and adult neighbours, teachers, police and paramedics, bus drivers and shopkeepers. While the children who participated in this research considered family and close friends to be most important, they also emphasised the importance of inclusive, respectful relationships between all members of a community. Many children wished for, but did not experience, such positive relationships. Many spoke of feelings of exclusion and described being treated with disrespect and sometimes hostility—often because of their youth.

One of the most striking—and confronting—findings arising from our research was the extent to which children felt unsafe in their communities. Children’s concerns for their safety whilst in public spaces were particularly strong in the four disadvantaged communities. While there were several reasons for children’s concerns, one issue was raised by children again and again; the overuse of alcohol by adults in public places.

In the two more advantaged communities, a significant proportion of children also identified excessive alcohol use as a problem. These children were, however, far less likely to have experienced or witnessed first-hand public drunkenness and alcohol-related violence.

In the disadvantaged communities, the majority of children had witnessed excessive alcohol use in public and many had witnessed associated public violence. The result: children were frightened, often very frightened. Children also observed that when adults are drunk, they act in unpredictable ways.

While several children noted that not all adults are violent when drunk, all those who raised the issue of excessive alcohol use said that adults could turn violent (often unexpectedly) when drunk. Many children said they worried most on ‘celebration days’, such as Australia Day, New Year’s Eve, and

ANZAC Day, because on these days adults are most likely to drink heavily.

Children who lived close to pubs, clubs and other venues where alcohol was sold in large quantities described the problems of drunken people breaking glass, vomiting, yelling, arguing and sometimes fighting in their street.

In one community, a pub was located very close to the primary school. Here, children described the after-effects of a ‘big night at the pub’ as broken glass, cigarette butts and sometimes vomit in their school playground. Children also described feeling concerned about the presence of the pub so close to their school; it made them feel vulnerable to violence from drunken people.

It is important to note that during the research we found no incident of children being subjected to alcohol-related violence at school as a result of the close proximity of the pub. What we did find were very high levels of anxiety among children, who understood only too well what drunkenness can mean.

What is particularly concerning about our findings is that the research did not ask children for their views on these issues. Children were not prompted to talk about alcohol use. Rather, children themselves identified alcohol as a major problem in their community, and excessive use of alcohol as one thing they would like to change.

To date, research on the impact of alcohol on children has focused primarily on the home and family. This is a focus that must be maintained.

However, our findings suggest that the focus of research also needs to broaden. We know too little about the impact of public alcohol use on children’s lives, their sense of safety, and their sense of community. We know too little about the ways in which excessive public use of alcohol shapes children’s own behaviour and values. The findings of this research tell us that the ways in which alcohol is consumed in Australia have highly damaging effects on children. However, we need to know far more.

As debates continue about how best to respond to excessive use of alcohol and to alcohol related violence, the findings of this research make four points clear.

First, we need to know more about the ways in which the public overuse of alcohol impacts on children, including on their own sense of well-being and safety.

Second, initiatives and efforts to strengthen and build supportive communities for children, which have been adopted by both state and Commonwealth governments in recent years, must take greater account of the harmful impact of the excessive public use of alcohol by adults within communities.

Third, evaluations of the restrictions adopted in Newcastle over five years ago suggest tighter regulation of opening hours and the amount of alcohol sold (and consumed) reduces assaults. However, such restrictions tend to be focused on specific geographic locations identified as popular drinking venues for (usually) younger adults. They do not address the problem of drunken public behaviour beyond inner city bar and club precincts.

Finally, we need to know far more about the social factors that lead to excessive alcohol use and drunken violence. Responding to the symptoms is not enough.

The tragic death of Daniel Christie spurred the New South Wales Government into action, passing legislation introducing a mandatory minimum sentence of eight years for anyone who fatally punches someone while under the influence of alcohol or drugs and places restrictions on bars and clubs in central Sydney. The restrictions now in place in central Sydney are based on those introduced in Newcastle in 2008: 3am closing for bars and clubs; no admission of new patrons after 1.30am; and restrictions on the type and amount of alcohol sold.

That governments are taking seriously the overuse of alcohol in public spaces is welcome, but the often-quiet voices of our community’s children are telling us that there’s more to do before they get the cities and towns they want and deserve.