Urban planners and policymakers need to rethink strategies to respond to the rise of online shopping.

The challenge of adapting to a new globalised shopping environment where online convenience trumps local shopping centres is a policy conundrum for urban planners everywhere. The concept of ‘smart cities’ has tended to focus on the monitoring and management of cities by public utilities and governments.

Adelaide is a great example of a much broader problem, where urban planning is failing to keep pace with seismic shifts in consumer shopping trends. The 30 Year Plan for Greater Adelaide, released in 2010, reinforced traditional Australian metropolitan strategic plans planning for a hierarchical network of retail centres: the city centre (CBD) anchors satellite retail centres, ranging from sub-metropolitan centres, then regional district centres, down to suburb-based local neighbourhood centres. 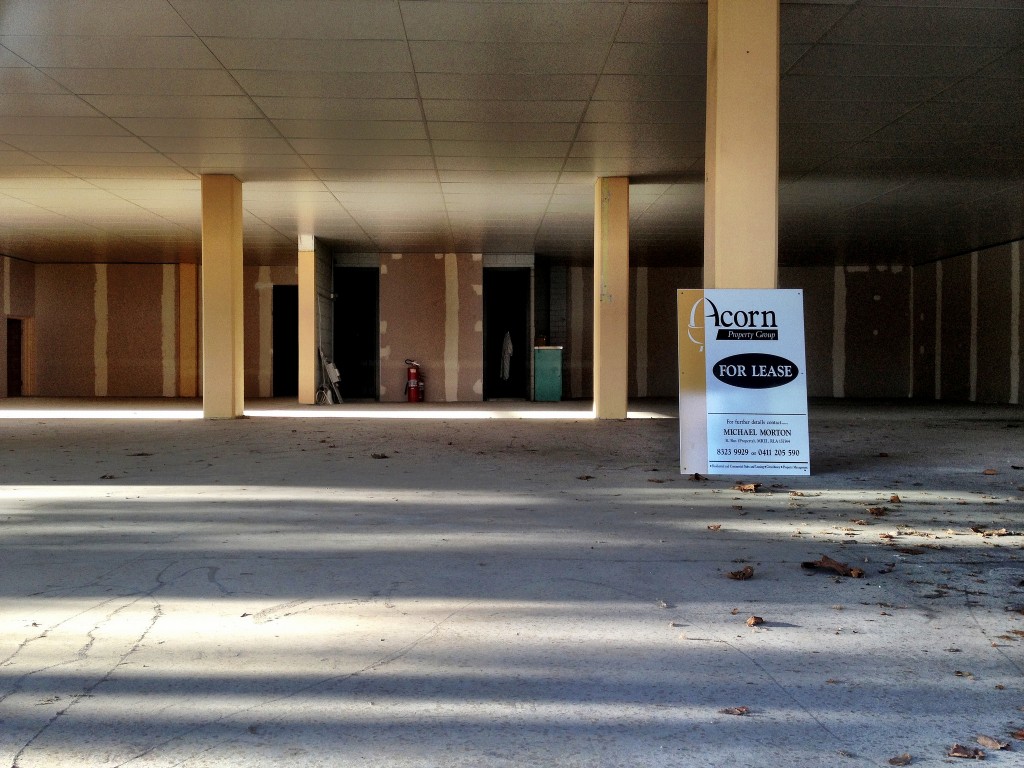 The major break from the past with this planning, however, was a desire by the South Australian government to integrate the city’s public transport network with land use planning. The intent was to create a networked system of transit oriented developments (TOD), which were self-contained mixed-use walkable and cycling-friendly communities, usually with modest retailing and a transit interchange. The TODs were an attempt to make retailing more local, a counterweight to the massive big box suburban mall shopping centres catering to car-based shoppers.

But it was based on concepts that were becoming rapidly obsolete, as smart phones and the Internet conferred on consumers the power to shop ‘virtually’ wherever they pleased, without the old constraints of geography getting in the way of consumer desire. Online shopping has provided a massive shake-up to the assumptions of the old real estate mantra that property value is determined by location, location, location. Retailers are realising, with the exception of consumable groceries, the immediate physical catchment surrounding a shop can no longer be relied upon to provide consumers.

The empty storefronts in suburban district shopping strips and some prime CBD locations suggests there is significant change underway. Apple’s iTunes for example, has eliminated music/record stores as a retail category, and book shops and newsagents appear to be further casualties of online retailing. Urban planners have never been too concerned about the actual retail categories in the market place and their relative balance. However, the disappearance of retail categories and contraction of existing retailing has led to 10-30 per cent surplus of retail space in Adelaide. The next casualty could be Australia Post as they wrestle with how to transform their business model to one that reflects that of a parcel logistics business, because customers no longer need to post a letter.

In the Adelaide context, identifying the decline in retail shopfronts and floorspace is confounded by consumers’ declining purchase power associated with a weakening Australian dollar, a restructuring economy with the impending demise of car manufacturing, and rising unemployment and under-employment. But there’s no denying the increased online retail presence of established retailers, even big department stores and supermarkets that ostensibly still run traditional businesses where most shoppers physically come to them.

The big question facing urban planners is whether the trend to online retailing will substitute the shopfront aspect of traditional retailing. A complete switch by consumers would pose enormous challenges for the reuse of redundant shopfronts and retail floor-space, and leave a hole in the heart of many suburban communities. Online retailing still needs space for storage and distribution, but it can be located where industrial land costs, energy, property rates, taxes and transport are cheapest.

People still have a desire to be convivial and congregate in pleasant and appealing public spaces. What is uncertain about the future is how to underpin a business model that will support that community need. Previously, the model of hierarchical urban centres worked very successfully. Now the future of what might be called e-retailing poses the very real threat of a contraction in the retail sector, both in absolute floor-space and shop frontages, and the potential death of smaller suburban and district shopping centres. The transition involved in this contraction of retail space would result in urban decay, with negative knock-on effects of falling property values in the urban areas around these declining and derelict retail spaces.

So how can government and urban planners respond? In a market economy, trends such as the switch to e-retailing would probably run their course before policy intervened. It may be that innovative entrepreneurs may see this as an opportunity to offer a new service. A strategy for redevelopment of obsolete retailing into housing and other community uses in affected centres may work.

Urban planners may need to find and zone new sites for major logistics and warehousing facilities to cater for increased online retailing. Whether these should be around ports, or near a major commercial/industrial railway marshalling area or strategically placed on transport nodes is open to debate and requires research to find the optimal solution.

For urban designers, the biggest threat is the loss of public realms previously nourished by retailing’s serendipitous nature in attracting people. Westfield has a very strong retail business model with enormously successful centres with what seem to be captive retail catchments. However, in future they will need to invest much more in making their centres a desirable experience beyond just showcasing retail. In the eastern states of Australia, Westfield is already doing this with themed outdoor restaurant areas that aim to elevate dining above the charmless food-courts that characterise so many shopping malls.

Urban planners and policymakers will need to rethink metropolitan and local planning strategies to manage the trend towards a contracted retail space. Left to its own devices, the market would tend to substitute new uses such as housing, but planners need to ensure that public domains are not greatly diminished in the process. The public sector may need to assume greater responsibility in finding substitute uses, determining what land uses can attract people in future, provide a community focus, and yet be financially feasible. Conceptually, strategic metropolitan planning may still have a centres’ hierarchy, but the rationale for that hierarchy is likely to shift away from mainly retailing, to a more mixed community-oriented set of activities.

Dr Andrew Allan is Senior Lecturer in Transport, Urban and Regional Planning at the School of Natural and Built Environments at the University of South Australia.