Why women aren’t winners in Solomon Islands elections, and what aid can do about it

Since independence Solomon Islands has never had more than one woman in its parliament at any one time. Terence Wood looks at what more can be done to help women achieve in politics in the country.

One of history’s recurring lessons is that men do not always run nation states well. Certainly no better than women. Given this, it’s reassuring that globally, slowly but surely, the number of elected women politicians is rising.

Unfortunately, this trend is absent, or largely absent, in much of the Pacific. From 1997 to 2014 the percentage of women parliamentarians increased from just under 3 per cent to 4.3 per cent (for regional trend comparisons see Figure 1 here). Anyone who has worked in development in the region will appreciate the cost of this. Many of the region’s most capable and motivated reformers are women. And yet political power is denied to them.

Solomon Islands is one of the Pacific’s worst performers. Since independence there has never been more than one woman MP in its parliament at any one time, and for long periods of time there have been none. There has been a steady increase over time in the number of women candidates. However, despite this, women are not winning elections more often. Indeed, as I show in my new paper in Asia & the Pacific Policy Studies, on average, women candidates are not even becoming more competitive.

This is not the women candidates’ fault. The playing field of Solomon Islands politics is heavily tilted against them. Although the best available survey research (see page 535 of the article) suggests most Solomon Islands voters are not averse to voting for a woman in the abstract, Solomon Islands is a strong clientelist polity, vote buying is common and, to be successful, candidates typically need to use material resources to earn for themselves a reputation as someone who will help if elected. Candidates also need influential local brokers (heads of families, community leaders or church leaders) on their side. In all of these aspects of competition it helps to be a man. As I show in the paper, men are much more likely to work in the cash economy and through this have resources for campaigning, and norms of leadership mean that most local brokers are men who won’t work for women candidates.

Aid donors are, of course, not oblivious to the fact that Solomon Islands’ parliament is nearly bereft of women MPs, and donors have been trying to help change this. The problem is that their help to-date appears to have achieved little. 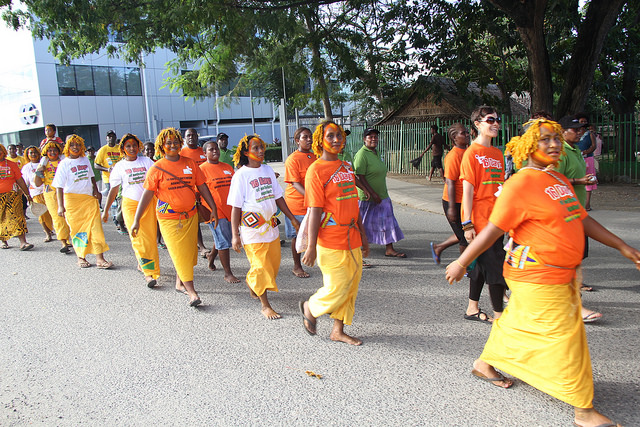 Donors have, for example, promoted quotas which would see seats set aside for women MPs in parliament. This is a good idea: if quotas were legislated, they would guarantee the presence of women MPs. However, there’s no reason to believe quotas will be legislated–no reason because there is no strong domestic political impetus for quota legislation. And Solomon Islands politics has its own internal logic; a logic that leaves donors, as external actors, with surprisingly little influence. Donor pressure has kept quotas on the table, and there’s always the chance they may one day be enacted, so the idea shouldn’t be abandoned, but nor should it be counted upon.

Donors have also funded training for potential women candidates. Such training is well intended and appears to be appreciated by participants, but (as I show in the paper’s second figure) there is no compelling evidence it has helped. In part this is because the content of the training has often (although not always) neglected the realities of electioneering in Solomon Islands. However, the most important issue is simply that many of the challenges women candidates face are structural, and are not easily solved in the classroom.

Donors have also sought to aid women candidates through voter education campaigns. In general, voter education, when it covers the rights of voters and the rules of elections, is useful, but there is no reason to believe voters can be educated into voting for women. As I have written elsewhere, when they are free to choose, most Solomon Islands voters actually makes choices that are perfectly reasonable given their circumstances. And it is not easy to educate people away from reasonable choices. 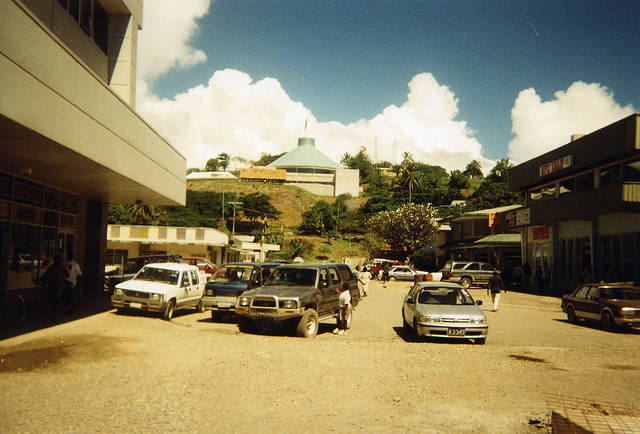 Aid donors have tried to help women candidates, but their help hasn’t helped a lot. This isn’t the aid world’s fault. Intervening in other countries’ electoral politics isn’t easy. And the only way we can ultimately give better aid is by doing and then learning. However, given aid’s track record so far, it’s time some lessons were learnt. This doesn’t mean abandoning all existing work (although it urgently needs to be re-calibrated: candidate training, for example, needs to be much more carefully geared to context). But new approaches should also be tried.

One example I suggest in the paper would be to help potential women candidates gain reputations as people who can be trusted to provide material assistance. Often male candidates win this way; and the art involved requires aspiring candidates (who often live in Honiara) cultivating links to rural communities by helping meet people’s material needs and assisting with small-scale development projects over time. This shouldn’t be confused with vote buying, which is common in the immediate lead up to elections, is overtly transactional, and which donors obviously couldn’t aid. Rather my proposal involves building longer-term relationships of respect. It wouldn’t be hard for donors to assist with this; some already engage in similar community development work, the main change would simply be linking the work to promising potential women leaders.

I’m still humble enough to concede what I am suggesting may not work. But given that aid efforts are currently delivering little, it is time to try something new.

This piece was published collaboratively with DevPolicy Blog – Asia and the Pacific’s platform for aid and development analysis, research and policy comment.