All things being equal

Are we making headway in getting greater women's participation in Asia-Pacific politics?

Globally women make up just 22 per cent of parliamentarians, and in Asia-Pacific that figure is even lower. What could and should be done to address this?

At the United Nations Commission on the Status of Women meetings this month in New York, many of the 10,000 plus NGO delegates asked why governments have failed to follow through on their 1995 commitments to achieve gender equality.

Had governments equally invested in women and girls – the majority of their citizens – as they promised to do, we might expect far greater gains for prosperity, sustainability and peace across all countries.

Twenty years after the United Nations Fourth World Conference on Women in Beijing, there are some encouraging signs of progress for women in the Asia Pacific region, but significant barriers to women’s participation in politics remain.

Currently women’s representation in parliamentary legislatures in all four sub-regions of Asia Pacific is below the global average of 22.1 per cent.

Though the global proportion of women representatives has nearly doubled since 1995, in Asia (South Asia, SouthEast Asia and East Asia together) the rate of increase has been modest, rising from 13.2 per cent in 1995 to 18.5 per cent on average in 2015.

Political and post-conflict transitions provide special opportunities to institutionalize gender quotas with Timor Leste (38.5 per cent), Nepal (29.5 per cent), and Afghanistan (27.7 per cent) adopting either legislative quotas or reserved seats and, as a result, leading the region in women’s representation.

Timor-Leste can be considered a best practice case because women’s organisations mobilized to get behind women candidates and achieved more than 20 per cent women representatives in the parliament even prior to the adoption of a gender quota law.

It is worth noting that globally, 15 out of the top 20 countries for women’s political representation have put in place one or more of three fast-track measures to promote women candidates, political party gender quotas, legislated gender quotas, or reserved seats for women.

There are a number of major obstacles to increasing women’s political representation across Asia-Pacific, not least of all the moralising statements by some leaders that politics is not a “rightful” place for women; or the fact that political parties—especially in unstable regimes—are often family-run enterprises with financial resources that enable elite women’s participation but delimit that of non-elite women.

This explains why even successful leaders like Indira Gandhi (India), Benazir Bhutto (Pakistan), Corazon Aquino (the Philippines), Park-Geun-hye (South Korea) and Yingluck Shinawatra (Thailand) and have all endeavoured to publicly appear as good wives, daughters, and sisters. 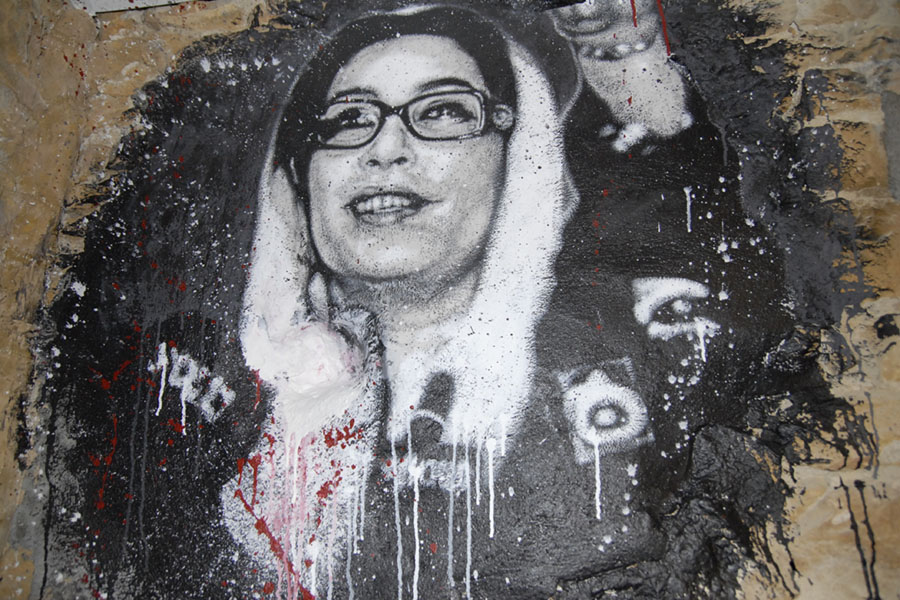 Violence against women is not only the single biggest issue in the region today in terms of gender justice, but it is a major concern for increasing women’s participation in the public sphere.

Violence against women does not end when women acquire political power; indeed women who stand up and speak out politically and on human rights are often seen as transgressing traditional religious, ethnic and caste norms and are the explicit targets of political violence and harassment.

Acts of violence against women with public profiles have been reported in a number of Asia Pacific countries.

The murder of Afghani women politicians over the past year, as Taliban insurgents increase their presence, is most egregious.  As recently as last month, there was the killing of Angiza Shinwari, a member of the Nangarhar Provincial Council.

India, Pakistan and Sri Lanka have also seen numerous cases of  harassment, beating, murder and suicide of political women. Both that violence and the constant threat of it strongly dissuade women from participating in public life, let alone seeking political office.

The evidence is mounting that women’s political participation cannot be further increased without addressing the pervasive violence against women and girls in the home, in the public sphere and at work.

As well as pointing to the significant economic impacts of violence against women, such as decreased productivity, work hours and increasing public services costs, the World Bank argues that, “women can function more freely in society and the business world when not faced by the threat of violence”.

In 2014, the Bank’s Women, Business and Law report on women’s economic opportunity and rights, based on surveys in 100 countries on six areas and indicators, piloted a ‘Protecting Women from Violence’ legal indicator to monitor this barrier to women’s participation.

By contrast with the limited progress in women’s political representation in Asia Pacific, there have been considerable advances in applying the UN Treaty on the Elimination of All Forms of Discrimination Against Women in the development of pro-gender equality laws and policies across the region.

For instance, the outlawing of domestic violence, sexual harassment, rape, and human trafficking has recently been undertaken in many Asia-Pacific countries.

This protection of women’s rights to security is a crucial foundation for greater progress in women’s political rights as citizens and decision-makers. 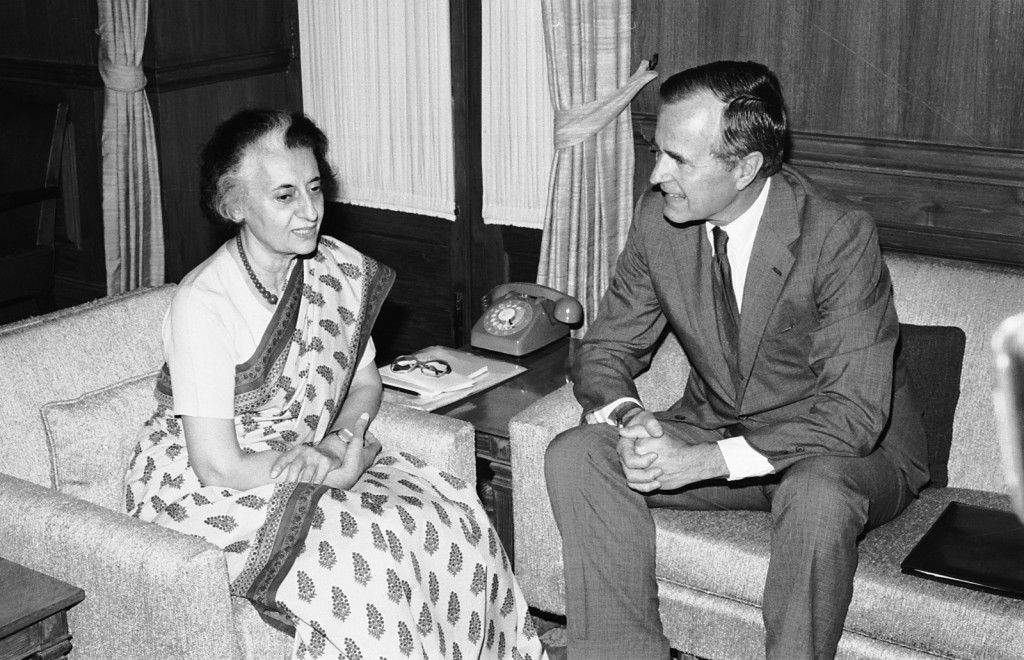 Indira Gandhi with George Bush senior. Photo by US embassy on Flickr.

For example, in India the reserved seats for women in Panchayat are associated with higher shares of local investment in infrastructure and public goods valued by women, improved perceptions of women leaders by men and greater aspirations for younger women and more reporting of violent crimes against women.

To see more substantial progress, an Asia Pacific Census of women’s political participation that would collect and monitor women’s participation at different levels and in different jurisdictions is long overdue.

As well as  counting women  in public life, this census could also create indicators to measure the meaningful outcomes of women’s representation, with a view to implementing laws and policies to address seemingly intractable gender inequalities and, most urgently, persistent and egregious violence against women and girls.

Governments and societies are stepping up gender equality in political participation. The social and economic benefits are evident.  But the walk towards addressing gender inequality and women’s political representation in Asia Pacific must address pervasive patterns of violence against women and girls and become a regional priority as well as a global priority in order to realise the rewards from gender-equal participation.