Australia’s anxieties after the ‘Age of Intervention’

What is Australia’s role and influence in the Pacific?

Australia’s ‘age of intervention’ which culminated in the Regional Assistance Mission to Solomon Islands is over. Now it’s time for the country to rethink its role in the region, writes Joanne Wallis.

Australia’s closest ally, the United States, perceives that Australia is responsible for the South Pacific. Australia has been expected to maintain regional political, social and economic order, and ensure that no hostile power establishes a strategic foothold in the region from which to attack Australia or threaten allied access to air and sea lines of communication.

These expectations provide a partial explanation for Australia’s age of intervention in the region, culminating in the Regional Assistance Mission to Solomon Islands (RAMSI), to which Australia contributed $2.6 billion from 2003 to 2013.

Yet, as the United States has discovered at the global level, the huge disparities of power and wealth between Australia and its South Pacific neighbours have not helped Australia achieve its objectives in the region. Indeed, Australian policies based around coercion, persuasion or inducement have often incited resistance or resulted in unintended consequences.

Washington and Canberra are also facing three simultaneous challenges to their conceptions of international order and sense of pre-eminence.

"Australia’s role in the Pacific" Malcolm Fraser on the Australia and US alliance
The first comes from an increasingly assertive China, the world’s second-largest economy, largest trading economy, second largest defence spender and increasingly consequential source of investment, infrastructure and development funding globally and, most notably for Australia, in the South Pacific.

The second comes from the new form of transnational terrorist threat posed by Da’esh (self-described as ‘Islamic State’). Da’esh raises existential questions about the success of United States’ led state-building in the Middle East and about the very nature of state sovereignty.

The third comes from the democratic disruptions to Washington and Canberra’s long-standing and pragmatic approaches to regional order. For the United States this came in the form of popular uprisings that toppled long-standing dictators in North Africa and the Middle East. The United States’ self-image as the arsenal of democracy meant that it could no longer credibly support undemocratic allies, but also had to contemplate the possibility of hostile groups taking power. For Australia this came in the form of the 2006 military coup in Fiji; its unsuccessful attempts to isolate the Fijian regime drove a wedge between it and one of the most influential South Pacific states, as well as opening up new avenues of Pacific regionalism and diplomacy that exclude Australia. 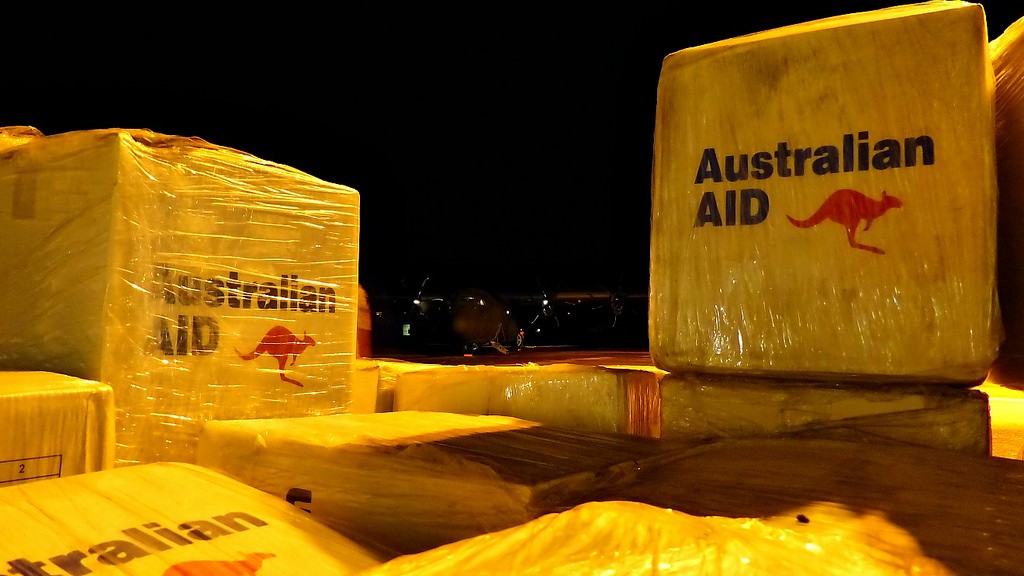 Despite these challenges, a new mood of austerity has taken hold in Washington and Canberra. Both are less willing to spill blood and both have less treasure to spend; the United States in the aftermath of the global financial crisis, and Australia due to plummeting commodities prices. The age of intervention seems to be over.

Although there are serious concerns that the underlying causes of insecurity and state dysfunction in Solomon Islands have not been resolved, since 2010 Australia has drawn down RAMSI, a process described as a ‘transition’. Cuts made to the Australian Federal Police budget in 2012 have left the policing mission facing budget constraints. There has also been a shift to funding the other parts of RAMSI out of the bilateral aid programme, creating ‘RAMSI-lite’.

Given Australia’s geographic proximity to, and strategic interests in, the South Pacific, Michael Wesley and I argue that it needs to maintain its strategic influence in the region; it cannot afford to adopt a policy of retrenchment from the Solomon Islands or the South Pacific more broadly.

Although Australia’s imperative of maintaining regional order seems to be of declining political salience, its exclusion imperative, at least in the eyes of its ally, has been rising. It is no coincidence that Washington has been paying much greater attention to the South Pacific, just as evidence of growing Chinese influence in the region has been mounting.

Australia is therefore experiencing increasing anxiety regarding its role and influence in the South Pacific. This suggests that it might be time for Australia to rethink its approach. One way that Australia could move beyond its securitised view of the South Pacific to see it as an ‘arc of opportunity’. This may assist Australia to work as a partner of South Pacific states to recognise and utilise the region’s potential in order to improve stability and advance development.

Foreign Minister Julie Bishop’s new policy of ‘economic diplomacy’ represents the potential of this desecuritised approach, as it seeks to encourage and capitalise on the region’s economic opportunities in order to encourage economic growth. Although the Solomon Islands’ case illustrates that economic development is important, the challenge for Australia is to balance an emphasis on economic diplomacy with an equal emphasis on other regional priorities, as well as those of its largest ally.

This piece is based on the author’s article with Michael Wesley in Asia & the Pacific Policy Studies, ‘Unipolar anxieties: Australia’s Melanesia policy after the Age of Intervention’.