Is it time to rethink US alliance?

From our foundation in 1901 to World War II, Australia relied on Britain for defence. We thought the Empire, and the British Navy, would always be able to save us. After the war, the United States was coerced into agreeing to the ANZUS Treaty.

In 1990, the Soviet Union disintegrated. The threat disappeared. America emerged supreme, the absolute power, no challenger. This was an opportunity for Australia to say, well now, we need to exhibit a little more strategic independence. We need to make our own decisions. 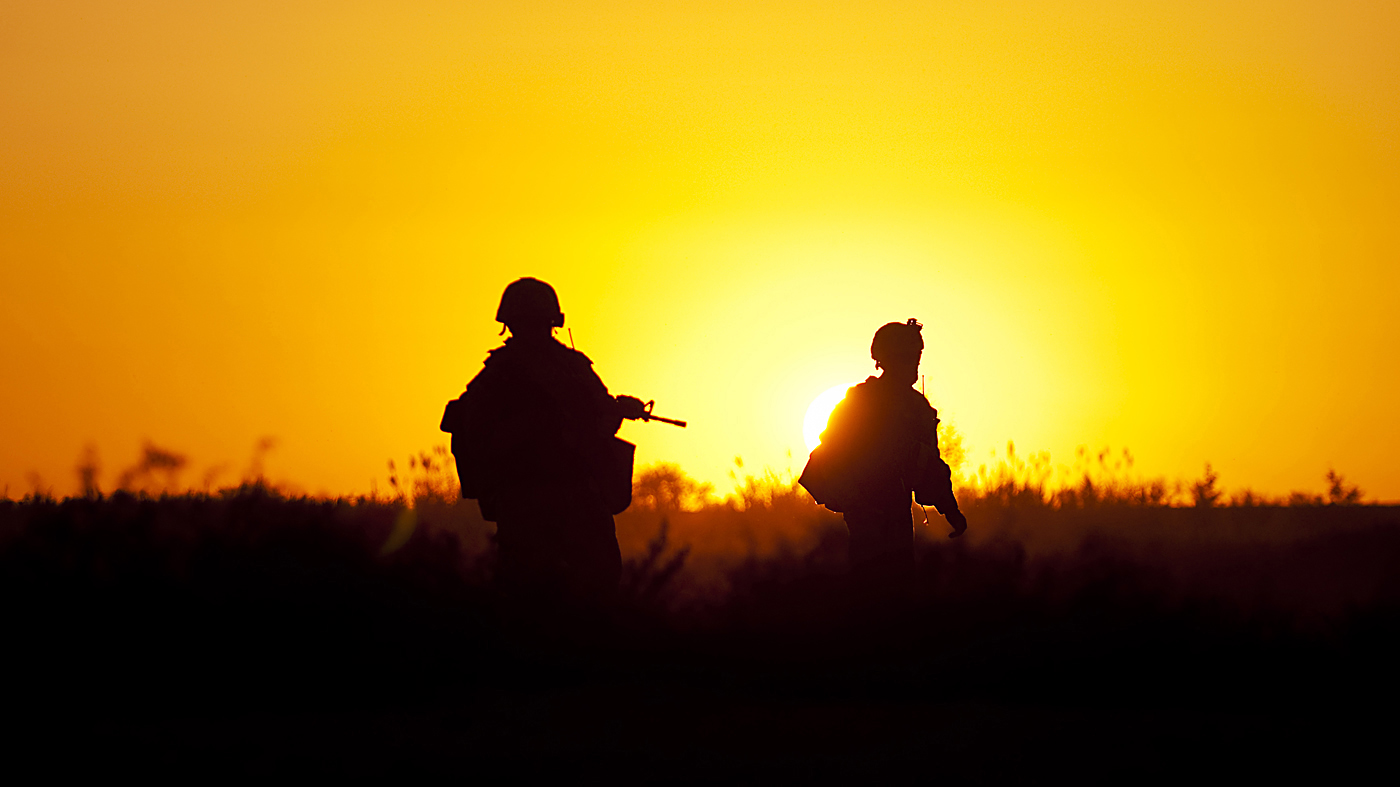 Instead, we chose quite deliberately to ally ourselves, and to tie ourselves, much more closely to America’s coat-tails than ever. This was a major strategic error, a betrayal of Australia’s national interest.

There are four reasons why this was an error and why Australia and its leaders need to display courage in order to rectify it.

The first major reason that continuing our policy of strategic dependence on America is an erroneous choice is that substantial changes have occurred within the United States.

The United States emerged from World War II as the wealthiest and the most powerful, single nation. Her power however, was always held in check by the power of the Soviet Union. The two superpowers balanced each other. After 1990, that restraint was removed. There was no counter to American power.

As a result, we have witnessed a rise in American exceptionalism, unchecked and unbalanced. With its power unchecked and a sense of triumphalism brought about by victory in the Cold War, the idea of American exceptionalism, a nation chosen by God, endowed with a manifest destiny to bring democracy, freedom to the world, virtually as a God-given mandate, has risen to new heights. The simultaneous political rise of the neo-conservative movement, particularly under President Bush Jnr, has made sure these notions have become central to American foreign policy.

Secondly, we have followed America into wars of no particular importance to Australia, and we have done so simply because we are a dutiful American ally. We need to assert a significant degree of independence.

In the case of the invasion of Iraq it was the Bush Jnr Administration that decided to tell the world that Saddam Hussein had weapons of mass destruction, which many people in the intelligence world knew to be a lie.

We followed blindly in that course, not because of ANZUS—it has no relationship to Iraq—but because we wanted to cuddle up to America.

It is not the only time we have done this.

We have been heavily involved in three wars, one ongoing, because of our relationship with America. Vietnam was the first.

During the course of the war, Prime Minister Holt made a decision to expand our forces in Vietnam to three battalions, which I then had the responsibility to administer. The CIA was already reporting that the war in Vietnam was virtually a busted flush. Their analysts had been remarkably far-sighted and more accurate than the American Army, upon whom President Johnson mostly relied. General Westmoreland was saying, “give me more troops and we will win”. That led to an Army of 600,000 Americans in Vietnam.

The CIA had been saying the Viet Minh is more nationalist than communist. They have made a decision to endure any hardship, to make any sacrifice, to win the independence of Vietnam and to shake off the last vestiges of colonialism. They were not going to allow American imperialism to replace the French. They were not going to allow a government subject to American control.

I am sure Harold Holt did not see these CIA reports. You could hardly imagine President Johnson saying “well Harold, before you finally commit these additional forces to Vietnam, you had better read a contrary view, from our CIA. They are saying the ship is already sinking. I, the President, say they are wrong, but in fairness, you should see the evidence they have”. President Johnson was not that kind of President; he would not share that information with Harold Holt, who was one of the most decent people I have ever known.

I make this point to show that Iraq is not the only war in which we followed America on a lie. Although, in the circumstances of the time, we thought that lie to be the truth, but there were those in America who knew it was not and did not share it with their surrogate ally.

The third reason is we have become complicit in the unethical behaviour the changes in American politics now accepts as a legitimate means for achieving strategic aims.

For example, the intelligence gathered at Pine Gap is now integral to the drone killing program which President Obama has used massively. There are many American experts, including those who know Afghanistan and Pakistan well, who say that the program is totally counter-productive. For every terrorist killed, 10 or more are created, vowing revenge because of hatred of America.

President Obama says he respects the sovereignty of other states, but quite blatantly his drone program does not. We are complicit in it. Under what law does this operate?

The so-called legal basis that the drone attacks rely upon is the War Powers Resolution, and it is totally unlike any other which has passed through US Congress. The current power is a power without any restraint, enabling the President to order an attack, anywhere in the world.

That same power has also been used to establish a secret army, the Joint Special Operations Command or JSOC. Composed of the best of the most elite forces in the United States, it carries out secret raids and targets individuals for the ‘kill lists’. It has been given delegated authority to establish its own ‘kill lists’. 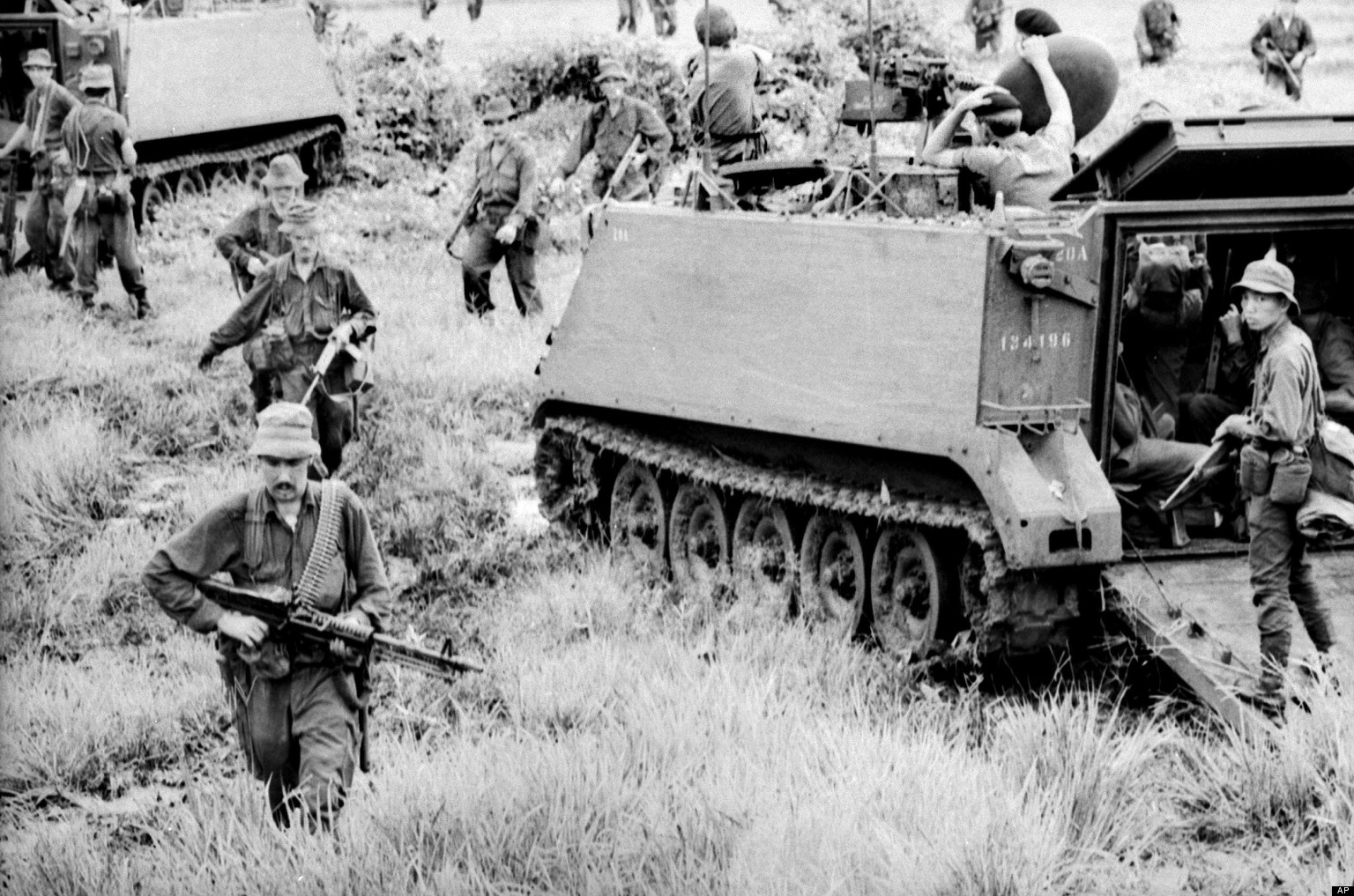 Many would have hoped that President Obama would expose and wind back these aspects of Bush Jnr’s Administration. He has not done that, he has ramped them up.

The fourth and final reason I believe strategic dependence should end is that I do not want Australia to follow America into a fourth war, blindly, unthinkingly, with little regard for Australia’s national interest, and little regard for our security. A fourth war would be in the Western Pacific. It would likely involve China.

America has a two-track policy in relation to China. One-track, consultation, an attempt to understand each other better, solve matters diplomatically. The second-track, in case that doesn’t work, build a ring of armaments from Japan to the Philippines, to Australia to Singapore. Establish strategic alliances with Thailand and India. We are the southern linchpin of America’s policy of containment.

If the next war America is likely to be involved in is in the Pacific, it becomes much more important to Australia’s own security than anything that happens in Iraq or Afghanistan. It will have implications for our relations with our neighbours, with Japan, with China, with Indonesia, of fundamental and far reaching consequences.

What are the danger points in the Western Pacific? China’s power is growing, certainly. She is expanding her military. She is developing a blue water navy, but America’s military expenditure is 41 per cent of the world’s total, China’s is eight per cent. I don’t see a problem with the Taiwan Straits, or over Taiwan.

There are also problems in the South China Sea. ASEAN is seeking to establish a Code of Conduct which does not resolve territorial disputes, but which will nevertheless govern behaviour of participants in the South China Sea, and avoid major conflict. They are seeking to engage China to join such a Code of Conduct. If it is left to ASEAN to do the negotiating with China, without outside interference, I believe over time, there would be success, but it won’t happen quickly.

If such a process could be extended to cover the East China Sea, and involve Japan and South Korea, that would be even better.

I would see Japan, less probably the Philippines, both of whom believe they could rely on America for support, as being the most likely source of provocation to China and of conflict with China. There has also been pressure for us to establish a defence treaty with Japan, which would directly involve us in any such dispute. That is something we should resist, and say it will never happen. Any such conflict is well outside the terms of ANZUS, as Iraq was outside the terms of ANZUS. If the Americans say we must do our bit, we should tell them that we are not involved. It is not our fight, it is not our problem.

There is no inevitability about any of this. If America is prepared to share power, as ANU Professor Hugh White recommends, then there is not going to be a problem. But all the signs since 1990, and everything I have read over the last 20 years, suggest that that is not the American intention. They are number one and intend to stay number one and will fight to do so.

We have interest in a peaceful world and it is time we began to cut ourselves off America’s coat-tails. We do not want to be caught between the United States and China.

There would be no real winners in such a war. Everyone would lose. A small country allied to the United States would lose most of all. In these circumstances, ANZUS would be no use to us.

You might say that is the worst case scenario. Well, in one sense it is, but in another sense it is not. I believe America’s actions are short sighted, and incapable of conceiving anything other than American success. The United States does not seem to realise, or at least appreciate, that her actions are already leading to talks between China and Russia. They could easily force those two into a strategic relationship, which would involve an attack on one being an attack on both that would lead to a serious escalation of any hostilities in the Western Pacific. On a worst case scenario, that could also involve NATO.

We should be telling the Americans, we are not going to be part of any of that. We are no longer going to follow you into your wars, especially since we can no longer rely on your intelligence and interpretation of intelligence. We have got to rely on our own people, and make our own judgements.

If America is prepared to accept ANZUS under those terms, that is fine, I have got no problem with the Treaty. But I don’t want Darwin to be a southern linchpin of a policy of containment against China. Our government, so far, has been just as dishonest about these matters, as has the American government, and that also is no comfort.

Australia needs to decide where we are heading and we need to make this decision for ourselves. Do we attempt to carve a role for ourselves in the region through an independent, intelligent and consultative foreign policy? Or do we continue to rely on an ally whose strategic interests and domestic political values might not directly align with our own?

This is an abriged version of a paper in Asia and the Pacific Policy Studies: http://bit.ly/MalcolmFraserAPPS

Rt Hon Malcolm Fraser served as Australia’s 22nd Prime Minister from 1975. He resigned from federal politics in 1983 after 28 years as the Federal Member for Wannon.