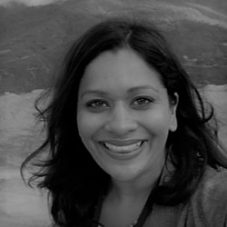 Aarti Betigeri is a multi-platform journalist and former foreign correspondent. She is a correspondent for Monocle and contributes to various other local and international media outlets.

Aarti recently returned to Australia after almost a decade in India, where she reported across South Asia for the New York Times, the Wall Street Journal, Newsweek, Time, the Christian Science Monitor, Public Radio International, and many others.

She has interviewed three world leaders and worked on major investigative journalism initiatives including an ABC Foreign Correspondent documentary on international surrogacy. Prior to moving to India, she was a television news journalist and presenter with the ABC and SBS.