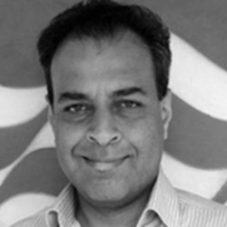 A former naval officer, Abhijit Singh, Senior Fellow, heads the Maritime Policy Initiative at the Observer Research Foundation (ORF). A maritime professional with specialist and command experience in front-line Indian naval ships, he has been involved the writing of India’s maritime strategy (2007). He is a keen commentator on maritime matters and has written extensively on security and governance issues in the Indian Ocean and Pacific littorals. His articles and commentaries have been published in the Asian Bureau for Asian Research (NBR), the Lowy Interpreter, the World Politics Review, the Diplomat and CSIS Pacific Forum.

Editor of two books on maritime security – Indian Ocean Challenges: a Quest for Cooperative Solutions (2013) and Geopolitics of the Indo-Pacific (2014), Abhijit has published papers on India’s growing maritime reach, security of sea-lines of communication in the Indo-Pacific region, Indian Ocean governance issues and maritime infrastructure in the Asian littorals.

In 2010, he assisted the late Vice Admiral GM Hiranandani (Retd) in the authorship of the third volume of Indian Naval History, Transition to Guardianship. Prior to joining ORF, he was a research fellow at the Institute for Defence Studies and Analyses at New Delhi.