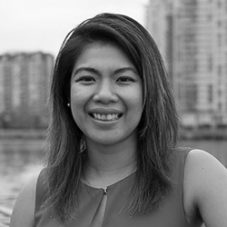 Dr Aim Sinpeng is a Lecturer in the Department of Government and International Relations, the University of Sydney.

Her main research agenda is in the areas of democracy, new media and social change in Southeast Asia. She is interested in the relationship between social media and political participation and prospects for social and political change as a result of ICT advancement. Her previous publications examine opposition movements to democracy in Thailand.

Aim completed her PhD in Political Science at the University of British Columbia in 2014. She currently serves as the Thailand Coordinator of theSydney Southeast Asia Centre and an Associate of Sydney Democracy Network and the Centre for International Security Studies.

Her articles appeared in journals such as Pacific Affairs, Asian Politics & Policy, Contemporary Southeast Asia and the Journal of East Asian Studies as well as edited volumes such as the Routledge Handbook of Southeast Asian Democratization. She teaches Social Movements, Political Regimes and Digital Politics.

Prior to her academic career, Aim has worked for the World Bank, the Government of Thailand and investment banking. Aim regularly provides expert opinion on Thailand and Asia to the media and is a blogger on digital politics. In 2014, she was awarded a Young Southeast Asian Fellow by the prestigious Southeast Asia Research Group in recognition for her promising scholarship on Southeast Asia.