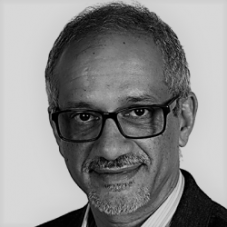 Previously, he was Professor of Political Economy at SOAS University of London, Chair of the SOAS Department of Development Studies, Head of SOAS Doctoral School, and Senior Economic Affairs Officer at the United Nations Conference on Trade and Development.

Alfredo was awarded the Lifetime Achievement Medal from the Federal University of Goiás, Brazil in 2014 and the SOAS Director’s Teaching Prize in 2016.