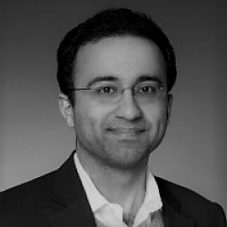 Since January 2015 he has been the rapporteur for a National Intelligence Council working group that convenes government officials and political scientists to analyse trends in world order.

Ali served as a junior fellow at the Carnegie Endowment for International Peace from 2008 to 2009 and as a research assistant at the Belfer Center for Science and International Affairs from 2009 to 2012. From January to July 2013 he worked on a team that prepared Samantha Power for her confirmation hearing to be US ambassador to the United Nations. From 2014 to 2015 he served on RAND’s adjunct staff, working with the late Richard Solomon on the organisation’s Strategic Rethink series.

Ali received dual degrees in management science and political science from the Massachusetts Institute of Technology and earned his master in public policy from the Harvard Kennedy School, where he was a course assistant to Joseph Nye.

Ali is a coauthor of Lee Kuan Yew: The Grand Master’s Insights on China, the United States, and the World and a contributing author to both Power Relations in the Twenty-First Century: Mapping a Multipolar World? and the Routledge Handbook of Public Diplomacy.