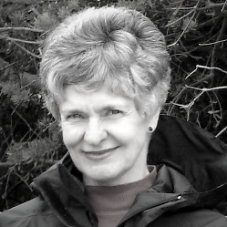 Dr Alison Broinowski is a graduate in Asian Studies from ANU and a former diplomat. She is Vice-President of Australians for War Powers Reform and of Honest History.

Dr Alison Broinowski has written and edited eleven books about the interface between Australia and Asia and Australia’s role in world affairs.

She is a Visiting Fellow at ANU and UNSW, and a Senior Research Fellow at the University of Wollongong, where she collaborated in an ARC-funded project on Asian Australian fiction, the results of which appear as a set of ten papers in Antipodes in June 2011. Her most recent book, Allied and Addicted (Scribe, 2007) challenges the value of the Australian-American alliance.

Her last overseas assignment was in the Australian Mission to the UN in 1989-90, and in 2005 she co-published with James Wilkinson The Third Try: Can the UN Work? She is currently developing a research project on public and cultural diplomacy.