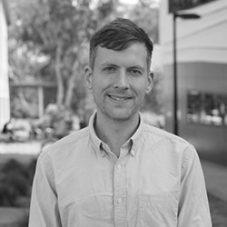 Alister Wedderburn is the John Vincent Postdoctoral Fellow at the Coral Bell School of Asia Pacific Affairs and also teaches at the School. Alister’s work is broadly concerned with the relationship between international relations and visual, literary, and popular culture. In addition, he is also interested in political and international political theory, post-structuralist and continental philosophy, and practices of resistance.