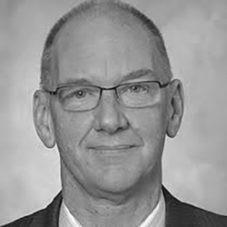 Allan Gyngell is National President of the Australian Institute of International Affairs, is an Honorary Professor at The Australian National University, and was recently Director of the ANU Crawford Leadership Forum.

He was the Director-General of the Australian Office of National Assessments (ONA) from 2009 to 2013, and prior to leading the ONA, he was the founding Executive Director of the Lowy Institute for International Policy from 2003 to 2009.

Mr Gyngell was appointed as an Officer in the Order of Australia in 2009 for services to international relations. In 2007, he co-authored Making Australian Foreign Policy with Michael Wesley. His most recent book, Fear of Abandonment: Australia in the World Since 1942, was released in 2017 to considerable acclaim.