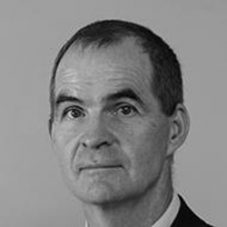 Dr Andrew Davies was the inaugural Director of the Defence & Strategy Program at the Australian Strategic Policy Institute, a post which he held until March 2018.

He has written extensively on ADF capability and force structuring issues, including platform options for air and maritime combat, industry issues, and decision-making in the Department of Defence.

He has an ongoing interest in the future submarine and Joint Strike Fighter projects, and his work on both has made an important contribution to the public understanding of those projects here and abroad.

Before joining ASPI, Andrew was a postdoctoral fellow in physics at Melbourne University and ANU. He then spent twelve years in the Department of Defence in the areas of capability analysis and intelligence.