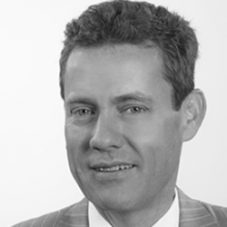 Prior to joining RMIT, he was Professor of Political Science at the Australian National University, where he also served as Dean of the College and Director of the Research School of Asia & the Pacific (2008-2014), and earlier founding Director of the Crawford School of Public Policy (2002-2009). Earlier in his career, he was also Professor at the Graduate School of International Relations & Pacific Studies at the University of California, San Diego where he also served as the Associate Dean (1994-2002).

Professor MacIntyre is a Fellow of the Academy of Social Sciences in Australia and has served on the editorial committees of an array of scholarly journals. He has published widely on Southeast Asian politics, international relations in the Asia-Pacific region and, more recently, enhancing universities. He was the founder of the Australia-Indonesia Governance Research Partnership, and serves on the International Advisory Board of the Bulletin of Indonesian Economic Studies. He is the recipient of the Japanese Foreign Minister’s Commendation for contributions to the promotion of relations between Japan and Australia (2006) and also a recipient of the Presidential Friends of Indonesia award (2010).

Professor MacIntyre serves on the board of directors of the Asia Foundation – Australia and is Deputy Chair of the Australian Committee for Pacific Economic Cooperation (AusPECC). He has previously served as a director of the Australian-American Leadership Dialogue and as a consultant to government institutions and companies in Australia, the United States and China, as well as international agencies such as the World Bank, the Asian Development Bank and the ASEAN Secretariat.