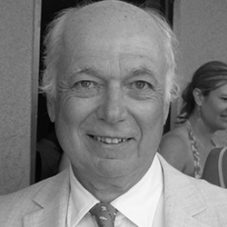 Professor Andrew Podger AO was a long-term public servant before joining academia. Amongst his senior appointments were:

He was also a senior executive in Defence (Deputy Secretary in charge of Acquisition and Logistics from 1990-1993), Finance (1982-1990) and Social Security (1978-1982). He previously worked in the Australian Bureau of Statistics, the Social Welfare Commission and the Department of Prime Minister and Cabinet, mostly on social statistics and social policy.

Before leaving the Australian Public Service in 2005, he chaired a review of the delivery of health and aged care services for then Prime Minister, John Howard.

Since then, he has been an adjunct professor at ANU and Griffith University, and Xi’an Jiao Tong University in China. He is also a Visiting Professor at Zhejiang University.

Since 2012 he has been a Public Member of the Australian Press Council.

He was awarded an Officer in the Order of Australia (AO) in 2004.