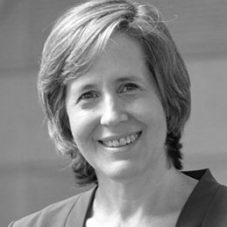 Ann Florini is a nonresident senior fellow with Foreign Policy at Brookings, and a professor of Public Policy at Singapore Management University. She works on global governance, energy policy, and the public roles of private corporations.

Previously Florini was a professor and the founding director for the Centre on Asia and Globalisation at the National University of Singapore. From 1997 to 2002, she was a senior associate at the Carnegie Endowment for International Peace, and from 1996 to 1997 she served as research director of the Rockefeller Brothers Fund Project on World Security. She was a senior researcher with the Center for International and Strategic Affairs at UCLA from 1987 to 1992, and from 1983 to 1987 she worked for the United Nations Association of the USA, where she created and directed the Project on Multilateral Issues and Institutions.

Her book The Coming Democracy: New Rules for Running a New World (Island Press, 2003/Brookings Press 2005) was praised as “a beautifully written, highly accessible, authoritative explanation of how the world is changing and what we can do about those changes.” Her edited volume, The Third Force: The Rise of Transnational Civil Society, was critically acclaimed as a “superb volume” that “makes the case for a new understanding of transnational civil society. She is co-author of the monograph Secrets for Sale: How Commercial Satellite Imagery Will Change the World. Her articles have appeared in such journals as Disarmament Diplomacy, Foreign Policy, Harvard International Review, International Security, International Studies Quarterly,Issues in Science and Technology, New Perspectives Quarterly, and WorldLink. She is also the author of numerous book chapters, monographs, and policy briefs.

Ann Florini received her PhD in political science from UCLA and a MA in public affairs from Princeton University.