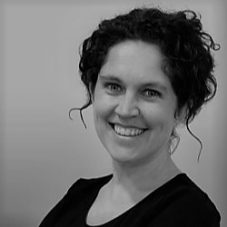 Annabel Crabb is the ABC’s Chief Political Writer and presenter of Back in Time for Dinner, The House, and the highly acclaimed Kitchen Cabinet series. She is also a regular contributor and presenter on ABC’s Insiders and The Drum.

Annabel has worked extensively in newspapers, radio and television. Her intelligent and insightful take on politics has made her one of Australia’s most popular media personalities. Annabel also creates a podcast with 7.30 host Leigh Sales, called Chat 10 Looks 3.

Her books include Losing It, Rise of the Ruddbot, The Wife Drought and the Quarterly Essay Stop at Nothing: The Life and Adventures of Malcolm Turnbull, which won a 2009 Walkley Award.