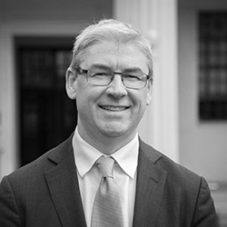 Anthony Forsyth is a Law Professor in the Graduate School of Business and Law at RMIT University.

He teaches Labour Law, Introduction to the Australian Legal System, and Legal Research in the Juris Doctor Program at RMIT. His research interests include collective bargaining, trade unions, labour-hire, and the future of work.

In 2015-16, Anthony chaired the Victorian Government’s independent inquiry into Labour Hire and Insecure Work. He is also a co-author of the 6th edition of Creighton & Stewart’s Labour Law and a co-editor of Collective Bargaining under the Fair Work Act, both of which were published by Federation Press.

He is currently writing a book on the future of unions and the emergence of new forms of collective worker representation, in the context of the gig economy and other new business models, such as supply chains, labour-hire, and franchising.