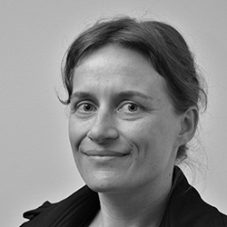 Antje Missbach is a Senior Lecturer at Monash University, where she joined the Department of Anthropology in 2014.

Before that she was a Postdoctoral Fellow at the Melbourne Law School and at the Berlin Graduate School for Muslim Cultures and Societies. She has taught at the universities in Heidelberg and Berlin.

Her main research interests include irregular migration and border studies as well as separatist conflicts and diaspora politics. Indonesia constitutes the main geographic area of her interest.

So far, she has published three monographs: Freedom fighters or businessmen? The armed struggle of GAM with special consideration to classical and contemporary guerrilla theories (2005, in German), Politics and Conflict in Indonesia: The Role of the Acehnese Diaspora (2011, translated into Bahasa Indonesia in 2012) and Troubled Transit: Asylum seekers stuck in Indonesia (2015).

Next to numerous articles in academic journals, together with Jemma Purdey she has edited Linking people: Connections and encounters between Australians and Indonesians (2015).