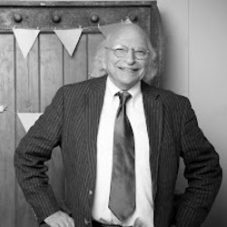 Professor Armin Rosencranz is Dean of the School of Environment and Sustainability at Jindal Global University in New Delhi. Armin teaches and researches climate, energy, and global environmental law.

Armin compelted his undergraduate studies at Princeton University and was awarded his PhD by Stanford University in the Untied States.

At Stanford he had several roles, including student body president, faculty resident in an undergraduate dorm, faculty member and Stanford trustee. He taught environmental and natural resources policy and law to Stanford undergraduates for 20 years, and his courses were cross-listed in ten different departments, including history, political science, human biology and earth systems.

Earlier in life, Armin was a staff member of President Lyndon B Johnson’s task force on government organisation. He also conducted a set of hearings on urban problems for then-Senator Robert Kennedy. He also founded Pacific Environment, an international environment organisation, in 1987, and led it for a decade.