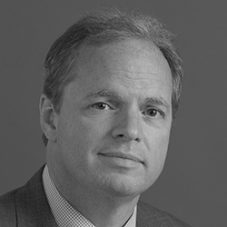 Axel van Trotsenburg assumed the role of World Bank East Asia and Pacific Regional Vice President on February 1, 2013. He oversees a portfolio of over $30 billion in loans, grants, credits and trust funds, coordinating and supervising the activities of more than 1,000 staff.

Mr van Trotsenburg leads the World Bank’s strategy in the region which supports countries by addressing four shared challenges: natural disasters; poverty and equality; infrastructure and urbanization; and making governments work for people. Despite the region’s success in reducing poverty, about a half billion people are still living on less than $2 a day. The Bank’s goal is to help countries improve the lives of the poor and vulnerable by delivering innovative development solutions and results on the ground.

Before this, Mr van Trotsenburg served as the World Bank’s Vice-President for Concessional Finance and Global Partnerships since August 2009. Mr van Trotsenburg led the policy negotiations and replenishment process for the International Development Association (IDA), the Bank’s fund for the poorest countries, with a record 16th replenishment of $49.3 billion concluded in December 2010.

He also co-chaired the replenishment process for the Global Environment Facility (GEF) and managed the largest replenishment increase ever, under GEF 5, with pledges of $4.25 billion. He had policy oversight of the World Bank’s trust fund portfolio amounting to $29.4 billion, and oversaw a wide range of global initiatives and innovative financing including: the Global Fund to Fight Aids, Tuberculosis and Malaria (GFATM), the International Finance Facility for Immunisation (IFFIm), and the pilot Advance Market Commitment (AMC) for pneumococcal vaccines.

From July 2007-July 2009, he was Country Director for Colombia and Mexico, and from 2002 to July 2007, Country Director for Argentina, Chile, Paraguay, and Uruguay. From 1996 to 2001, Mr van Trotsenburg was Senior Manager of the Heavily Indebted Poor Countries (HIPC) Initiative, the largest and most comprehensive debt relief program for poor countries, and in previous assignments, he also was Senior Country Economist for Côte d’Ivoire and Country Economist for Guatemala.