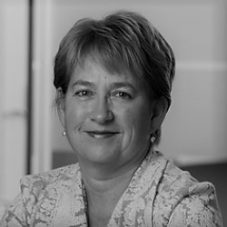 Prior to that was employed in various academic roles at the University of Adelaide in the social sciences.

She has also worked at the Reserve Bank of Australia, as an advisor to various governments, and is a member of the Economic Development Board of South Australia, a Board member of The Australia Institute and a member the Australian Institute of Family Studies Advisory Board. She has presented research findings and keynotes in many countries, and at many Australian conferences and events, holds an honours degree in economics from the University of Adelaide,and completed her PhD there in 1997.

Barbara has also authored multiple books, including Time Bomb: Work, Rest and Play in Australia Today, co-authored with Natalie Skinner and Pip Williams, and Living Low Paid: The Dark Side of Prosperous Australia, with Helen Masterman-Smith. Her book Kids Count: Better early childhood education and care in Australia, was published by Sydney University Press in 2007, and followed The Labour Market Ate My Babies: Work, Children and a Sustainable Future, which was published in 2006. Barbara has published other books, articles, and book chapters, and given visiting lectures in the US, Canada, the UK, New Zealand, Switzerland, and China.