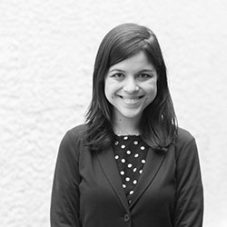 Bethany Schoer is a Master of International Business candidate at the Melbourne Business School, having previously completed a Bachelor of Arts in Politics, International Relations and French and a Diploma of Languages at the University of Melbourne.

Spanning almost five years, Bethany’s experience in the international relations sector has resulted in internships with organisations such as the Honorary Consulate of France in Melbourne, the Japanese Chamber of Commerce and Industry and Riskline Travel Management. In March 2016, she will undertake an analyst internship with Wikistrat, which is indicative of her long-term commitment to pursuing a career in political risk analysis.

Bethany is also highly passionate about geopolitics and multilateral policy development, focusing on Russian foreign policy in the context of Asia-Pacific relations, as well as on East Asian politics. Her works have been published on the International Relations and Security Network of the Swiss Federal Institute of Technology (ETH Zürich), and on Japan Today. The next few months will see Bethany collaborate on the Uncontrolled Migration Summit, to be held in March 2016 in Adelaide in conjunction with Strategic and Geopolitical Estimates (SAGE) International.