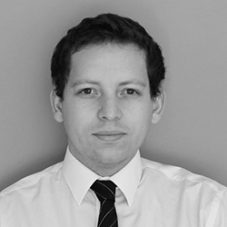 Bradley Wood is a Master of Strategic Studies (Advanced) Candidate at the Strategic and Defence Studies Centre, based at the Australian National University Coral Bell School of Asia Pacific Affairs.

He is also a graduate from the Australian Graduate School of Policing and Security at Charles Sturt University, and Deakin University.

In 2017, Bradley was the Robert O’Neill Scholar at the International Institute for Strategic Studies (IISS-Asia) based in Singapore.

He has been published by The Jakarta Post, The Straits Times, New Mandala and the Regionalist, and was awarded first prize for the 2016 Future Strategic Writers Competition hosted by the Institute for Regional Security and Australian Defence Business Review.

He has travelled Indonesia extensively and visited several Southeast Asian countries, is fluent in Bahasa Indonesia, and has briefly served as a civilian cultural liaison and interpreter for the Australian Government in Indonesia.