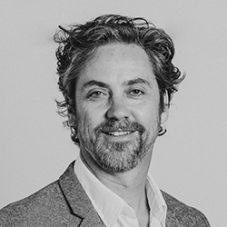 Brock is an Associate Professor in the School of Psychological Sciences at the University of Melbourne. He is trained as a social psychologist and his research broadly focuses on the topics of ethics and well-being.

Brock completed in his PhD in 2007 and since then has published more than 80 peer-reviewed journal articles and book chapters. His work has been featured in outlets such as The Economist, The New Yorker, TIME, New Scientist, Scientific American, Harvard Business Review, and The Huffington Post.

is innovative approach to research has been acknowledged with the Wegner Theoretical Innovation Prize, and his contribution to psychology has been recognized by the Australian Psychological Society and Society of Australasian Social Psychologists early career researcher awards. Brock’s research has been supported by over $2.5 million in research funding.

He has written for popular press outlets, such as The Conversation; delivered popular talks, such as at TEDx StKilda, The Ethics Centre Sydney, and Effective Altruism Australia; and appeared on radio shows such as The Minefield. His first book The Other Side of Happiness was published in 2018.