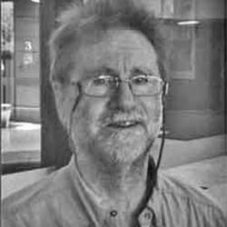 Bryant Allen is an Honorary Associate Professor at the Department of Pacific Affairs at The Australian National University. He first carried out research in Papua New Guinea at villages near Dreikikir in 1971-72 and has continued a relationship with the area, last visiting in 2016.

He has published on rural communications and extension, shifting cultivation, food production systems, frosts, droughts and El Niño, child malnutrition and rural poverty as well as on aspects of the 1942-45 war in East Sepik. With colleagues, he led field surveys and reported to AusAID on the 1997-98 food and water shortages in PNG. Also with colleagues, he did the field surveys and research to develop the Mapping Agriculture Systems Database and GIS for all of PNG.

He has lectured at the University of Papua New Guinea, worked in the PNG Office of Environment and Conservation. He was a member and sometime Head of the former Department of Human Geography in the ANU College of Asia and the Pacific from 1982 to 2009. He has consulted to the World Bank, the ADB and AusAID and was an Esso Highland’s Lands and Community Affairs Field Manager on the PNG LNG project in Hela 2009-2012.