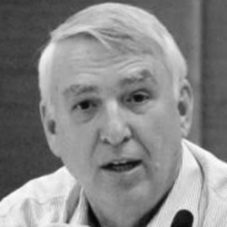 Peter Timmer is a leading authority on agriculture and rural development who has published widely on these topics. He has served as a professor at Stanford, Cornell, three faculties at Harvard, and the University of California, San Diego, where he was also the dean of the Graduate School of International Relations and Pacific Studies.

A core advisor on the World Bank’s World Development Report 2008: Agriculture for Development, Timmer also works with several Asian governments on domestic policy responses to instability in the global rice market. In 1992, he received the Bintang Jasa Utama (Highest Merit Star) from the Republic of Indonesia for his contributions to food security. He is an advisor to the Bill and Melinda Gates Foundation on agricultural development issues.

Timmer’s work focuses on three broad topics: the nature of ‘pro-poor growth’ and its application in Indonesia and other countries in Asia; the supermarket revolution in developing countries and its impact on the poor (both producers and consumers); and the structural transformation in historical perspective as a framework for understanding the political economy of agricultural policy.