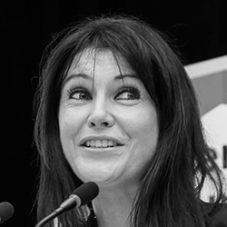 Caitríona Heinl is Lead Strategist for Asia Pacific at EXEDEC. She works on issues that include international cyber policy and the implications of other emerging technology security challenges.

Caitríona was previously responsible for policy under the NTU Cyber Risk Management project, having transferred from the S. Rajaratnam School of International Studies (RSIS) Centre of Excellence for National Security at NTU Singapore where she worked as Research Fellow on international security cyber issues from 2012 to 2018. In this role, she provided policy analysis to the National Security Coordination Secretariat within the Prime Minister’s Office and other government agencies.

She previously also led the Justice and Home Affairs policy group and Justice Steering Committee at the Irish Institute of International and European Affairs where she was responsible for research on transnational crimes. She qualified as a Solicitor with the Law Society of England and Wales and is admitted as an Attorney-at-Law in New York.

She is a member of the Irish government’s Department of Foreign Affairs Foreign Policy Network, and previously held fellowships with the ASPI International Cyber Policy Centre, Canberra and Leiden University Institute of Security and Global Affairs. Caitríona holds an MPhil in International Relations from Cambridge University.