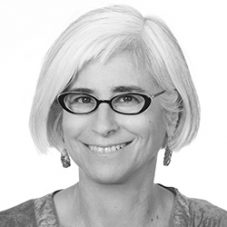 Dr Caren Grown is Senior Director for Gender at the World Bank Group and an internationally-recognised expert on gender and development.

Before joining the Bank Group in 2014, she was Economist-in-Residence and Co-Director of the Program on Gender Analysis in Economics at American University. From 2013-2014, she led the UNU-WIDER program on aid effectiveness and gender equality, and from 2011-2013 she served as Senior Gender Adviser and Acting Senior Coordinator for Gender Equality and Women’s Empowerment at USAID.

Among her previous positions, Dr Grown has been Senior Scholar and Co-Director of the Gender Equality and Economy Program at the Levy Economics Institute at Bard College, Director of the Poverty Reduction and Economic Governance team at the International Center for Research on Women, and Senior Program Officer at the John D. and Catherine T. MacArthur Foundation.