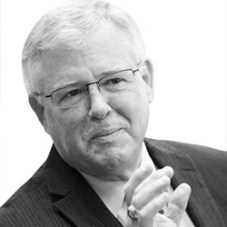 Carlyle A Thayer is Emeritus Professor, The University of New South Wales at the Australian Defence Force Academy, Director of Thayer Consultancy, and columnist for The Diplomat.

He was educated at Brown, holds an M.A. in Southeast Asian Studies from Yale and a PhD in International Relations from the ANU.

He served in Vietnam with the International Voluntary Services (1967-68) and has been a regular visitor to Vietnam since 1981.

He was a founding member of the Vietnam Studies Association of Australia and served as National Secretary from 1994-98.

He is author of over 500 publications including Need for Reform and Governance Capacities in Asia: Country Report Vietnam (2013) with Aurel Croissant and Jörn Dosch).