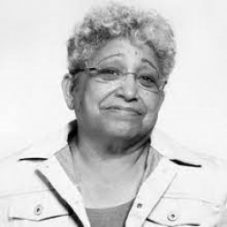 Carmen Medina is a former Central Intelligence Agency (CIA) Deputy Director of Intelligence with over 32 years of experience in the Intelligence Community and the author of Rebels at Work: A Handbook for Leading Change from Within.

From 2005 to 2007 Carmen was part of the executive team that led the CIA’s Analysis Directorate. In her last assignment before retiring she oversaw the CIA’s Lessons Learned program and led the Agency’s first efforts to address the challenges posed by social networks, digital ubiquity, and the emerging culture of collaboration.

She was a leader on diversity issues at the CIA, serving on equity boards at all organisational levels and across Directorates. She was the first CIA executive to conceptualise software applications now used by analysts, including blogs, online production, collaborative tools and as a senior executive, she began using in 2005 social networking and blogs to reach her diverse workforce. Upon her retirement from CIA, she received the Distinguished Career Intelligence Medal.

From 2011 to 2015, Carmen was a member of Deloitte Federal Consulting where she served as senior advisor and mentor to Deloitte’s flagship innovation program, GovLab.