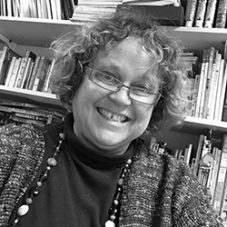 Dr Carol Hayes is the Deputy Director of the ANU Japan Institute and a Senior Lecturer in Japanese studies in the School of Culture, History and Language, College of Asia and the Pacific, at The Australian National University.

With a PhD in modern Japanese literature from the University of Sydney, Carol specialises in Japanese cultural production, particularly modern and contemporary literature, film and popular culture. Her current research is focused on modern Japanese poetry and Japanese war bride memoir. Recent poetry translations co-authored with Rina Kikuchi have appeared in the 2015 edition of Poetry Kanto and the recent issues of Transference. Carol’s research also includes Japanese language teaching methodologies and practice, particularly e-Teaching and e-Learning with a focus on flexible, online learning, student motivation and Japanese language acquisition and it was it this space that she was awarded an OLT National Teaching Excellence Award in 2013.

Her ANU researcher profile can be found here.