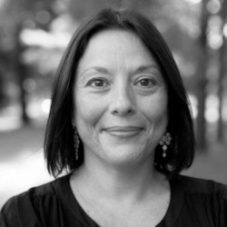 Dr Caroline Fisher is an Associate Professor in journalism at the University of Canberra. She is a member of the News & Media Research Centre and co-author of the annual Digital News Report-Australia.

Caroline is the recipient of the 2018 Anne Dunn Scholar Award and the 2017 Early Career Researcher Excellence Award in Humanities and the Creative Arts. In 2014 and 2017 Caroline was the recipient of a Vice Chancellor’s Award for excellence in teaching.

Caroline Fisher began teaching and researching in journalism and political communication at UC in 2014. In 2017 she took on the role of course convenor of the journalism programme. Caroline completed her PhD in 2014 which examined the career transition between journalism and parliamentary media advising. Prior to academia she was a reporter, presenter and producer for ABC News and Radio National; and spent three years as a ministerial media adviser to Anna Bligh in the Queensland government.