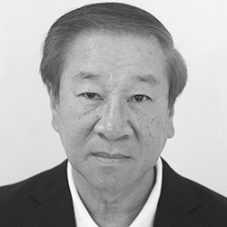 Chalongphob Sussangkarn is a Distinguished Fellow of the Thailand Development Research Institute (TDRI), a private non-profit policy research institute based in Bangkok.

He obtained his Bachelor’s degree through to a PhD in Economics from Cambridge University, UK.  After obtaining his PhD, he taught at the University of California, Berkeley and worked at the World Bank in Washington D.C.  He returned to Thailand to join TDRI in 1985.