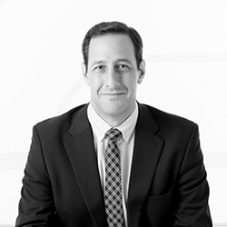 Charles Edel is the inaugural Australia Chair and Senior Adviser at the Center for Strategic and International Studies and Senior Fellow at the United States Studies Centre at University of Sydney.

Prior to this appointment, he was Associate Professor of Strategy and Policy at the US Naval War College and served on the US Secretary of State’s Policy Planning Staff from 2015-2017. In that role, he advised Secretary of State John Kerry on political and security issues in the Asia-Pacific region.

He worked at Peking University’s Center for International and Strategic Studies as a Henry Luce Scholar and was also awarded the Council on Foreign Relations International Affairs Fellowship.

He is the co-author of The Lessons of Tragedy: Statecraft and World Order and author of Nation Builder: John Quincy Adams and the Grand Strategy of the Republic.

In addition to his scholarly publications, his writings have appeared in The New York Times, Foreign Affairs, Foreign Policy, The American Interest, and various other outlets.  He holds a PhD in History from Yale University and received a BA in Classics from Yale College.