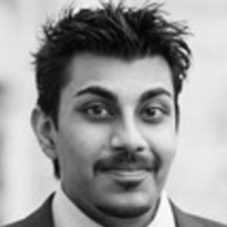 Charlie Shandil is a student at the Kennedy School of Government at Harvard University currently completing his Executive Certificate in Public Leadership. He is a graduate of the Master of Public Administration at the ANZSOG Institute for Governance and a recipient of the 2015 Dean’s Award for Academic Excellence.

Prior to this, he was awarded the 2014 Global Leadership Award for Excellence in Sydney for his public service leadership across various domains.

Professionally, Charlie is an executive at the Australian Federal Government where he has worked across operational, policy and corporates areas.

Prior to joining the public service, Charlie worked several years in the financial sector holding various managerial roles focussing on debt, insurance and wealth management. Charlie also has over 10 years of experience in the non-profit sector where he has held various directorship positions.

Charlie also holds a Postgraduate Certificate in Politics and Public Policy from Macquarie University, and a Bachelor of Science (Psychology) from the University of Queensland.