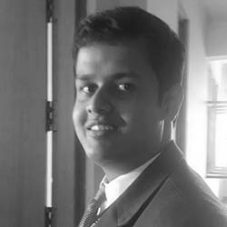 He obtained his Bachelors in Media Studies, Literature and Psychology and Masters in International Studies from Christ University, Bengaluru. He publishes research on railway policy with a focus on Indian domestic train systems. Currently, he is pursuing a Masters of Philosophy in Public Policy from Jain University, Bengaluru, India.

With over 11 years experience in the field, Chitresh has published for articles on railways for the Harvard Economics Review, South Asian Monitor, South Asian Voices, Thunderbuzz, and News Minute.

Chitresh has also written a thesis titled High-Speed Rail Corridor: The Role of External Actors, and has delivered guest lectures on various topics related to historical, economic, and technical aspects of railways. He has presented numerous papers at national conferences related to domestic and global railway policies, and in 2017 he was awarded the best paper for his paper titled Narrating Railways through Accounts and Films presented at the Synthesize National Conference.