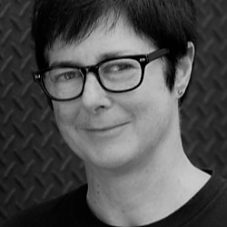 Dr Chris Wallace is an Associate Professor at the University of Canberra. Entering the history profession after a first career as an economic and political journalist in the Canberra Press Gallery, her work focuses on political, international and global history with special reference to leadership.

She is the author of several books including a biography of maverick Australian feminist Germaine Greer, Greer, Untamed Shrew; a biography of the then crusading neoliberal policy exponent John Hewson during his Opposition leadership in the early 1990s, Hewson: A Portrait; an exploration of the intense 30 year-long relationship between Don Bradman and his confidante, journalist Rohan Rivett, The Private Don; and on the left-wing Canberra poster collective, Megalo, Megalomania: 33 years of posters made at Megalo Print Studio 1980-2013. Her latest book, How to win an election, was released in September 2020.

A first career as an economic and political journalist in the Canberra Press Gallery has contributed to Wallace’s success.